Love Island contestant Greg O'Shea read a poem he wrote for Amber Gill during the show's finale on Monday night, as each of the four remaining couples professed their feelings for one another during a summer ball in the villa.

Greg and Amber were joined in the final with Maura Higgins and Curtis Pritchard, Tommy Fury and Molly-Mae Hague, and Ovie Soko and India Reynolds.

During the episode, all four couples attended a summer ball where they got all dressed up and reflected on how far they've come in the competition, how their feelings are evolving for one another, and more.

When it was Amber and Greg's turn, Greg revealed he had penned a poem for Amber, reading: "I'm going to keep this short and sweet, just like when we first came to meet.

"Up in the Hideaway sheltered from the trouble, we instantly connected and formed our own little bubble..."

Amber in turn told Greg: "It would be fair to say that I've had quite a journey in the villa this summer. There have been so many highs and then some lows, but then along came Greg.

"Thank you for helping to build me back up. You've always been so sweet and lovely to me and you've managed to bring out my soft side..."

Curtis began his speech by telling Maura: "Once upon a time, there was man on a journey. He had one goal in mind on his journey of crazy events.

"That goal was to find a princess. This princess wasn't just any princess, she was the most beautiful princess in all the lands..."

She said: "Curtis. Here before you I stand a very different woman, to the one who walked in the villa seven weeks ago.

"I had to spend my first few weeks watching somebody else fall in love with you, when all I really wanted was it to be me you were dancing with..."

Ovie Soko told India Reynolds she has "cheered me up and made me smile", adding: "You've even had Mr Cool feeling nervous."

He continued: "If there was one thing I could change, it would have been that you would have come sooner..." while India will say: "I think we can all see that you were carved by angels. I couldn't have prepared myself for what comes with it. You are so kind, caring and considerate.

"You've proven to me that chivalry isn't dead..."

Tommy began to read his out before dropping his cards to the floor and saying: "This isn't me. I want my heart to speak to you, not my mouth.

"From the first moment I walked up into the Hideaway, I instantly knew I had seen the most beautiful girl on this entire planet.

"You're absolutely everything I've ever wanted in a girl..."

In turn, Molly-Mae told him: "Tommy, for someone whose career depends on fighting other people, you're the gentlest person I've ever met.

"You're my best friend and the most incredible dad to our Elly-Belly (her stuffed animal). Thank you for showing me kindness and nothing but pure love every day."

Read next: 9 reasons why Love Island is our type on paper 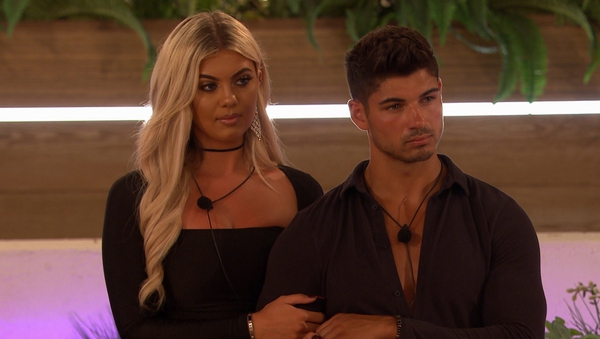