Katy Perry has said she hopes others will learn from her reconciliation with Taylor Swift as she expresses her gratitude for having "had the opportunity to change".

Perry and Swift had been embroiled in a much-publicised feud since 2013, but the pair have made amends fully now, with Perry even appearing in Swift's latest music video.

"I sent her a literal olive branch and a note apologising for my part in all of it," Perry said on Australian radio's Kyle and Jackie O Show.

"[And then] I just went up to her and was like, 'Hey, it's been a long time and I think we've grown up a little bit, and I just wanted to say I'm sorry and I'm really here for you, and that I love you, and I hope that we can be friends in the future'."

The 34-year-old singer added, "I can trust her and she can trust me, and we'll see each other in the halls of the music industry and not avoid each other. We'll embrace.

"It's amazing that we've had this opportunity to change, and I hope that other people can learn from it, too."

Swift previously revealed that she and Perry hoped her appearance in Swift's You Need To Calm Down video would be a symbol of "redemption and forgiveness".

"When I thought of this concept for the video and I wrote the treatment, I thought, 'I'm just gonna ask her if she'd be interested in this, but I would be totally fine if she'd rather keep it private'," Swift said.

"But I sent her a long synopsis of the entire video and she was like, 'I would love for us to be a symbol of redemption and forgiveness!'" 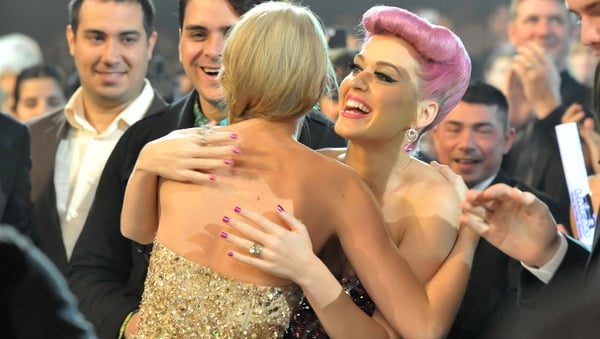