Katy Perry and Taylor Swift have publicly declared their friendship on Instagram, prompting fervent speculation that they could be set to collaborate in the near future.

The popstars famously fell out over backing dancers a few years ago, but they seem to have well and truly buried the hatchet now.

Perry posted a picture of chocolate chip cookies with the words "Peace at last" written in frosting on the plate.

She wrote "feels good" and a love heart emoji while tagging Swift in the post.

To further hammer the point home, Perry tagged the location as "Let's Be Friends" which some fans have speculated could be the name of their new single.

Swift commented 13 pink heart emojis on the post, which is her lucky number. Some fans took this as a sure sign they were set to pair up. 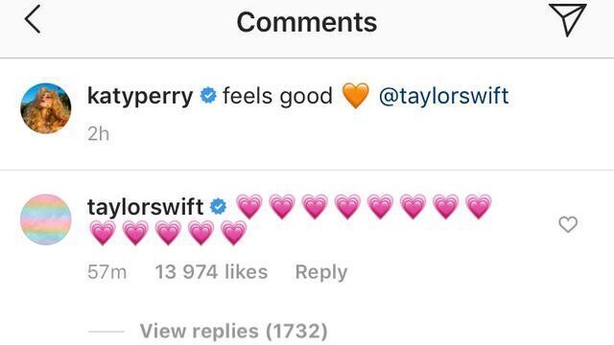 In May 2018, Perry sent Swift an actual olive branch and a handwritten apology letter in a bid to end their long-running feud.

The pair first fell out a number of years ago when Perry supposedly hired backup dancers from Swift's tour.

Swift went on to complain about a "straight-up enemy" popstar in an interview with Rolling Stone magazine.

"She did something so horrible," the Grammy winner said without naming names.

"I was like, ‘Oh, we're just straight-up enemies.’ And it wasn't even about a guy! It had to do with business. She basically tried to sabotage an entire arena tour. She tried to hire a bunch of people out from under me." 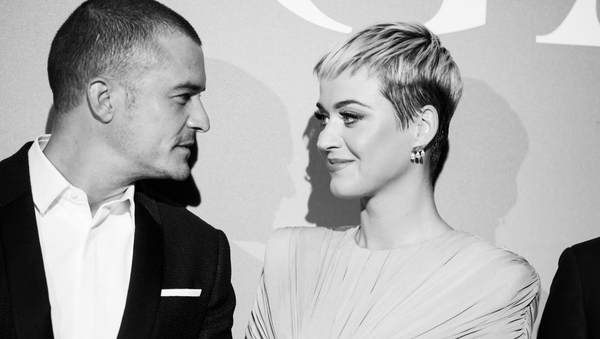 Perry taking wedding plans 'one step at a time'