Love Island's Yewande Biala has said she is "so disappointed" with Michael Griffith and how he handled things with Amber, adding that she doesn't "even know who he is anymore."

After choosing to recouple with new girl Joanna Chimonides, leaving Amber Gill single, Michael is at the centre of the latest drama in the villa.

Dubliner Yewande had been a good friend of his during her time on Love Island, but now she has taken to Twitter to say that she is not ok with how he has acted.

I'm so disappointed ! I don’t even know who he is anymore. What hurts me most is that he hasn’t apologised and deflected all the blame on @AmberRoseGill .  Love you ?? https://t.co/bGI00PlTcJ

"I'm so disappointed ! I don't even know who he is anymore," Yewande tweeted.

"What hurts me most is that he hasn’t apologised and deflected all the blame on @AmberRoseGill .  Love you."

Yewande, who was eliminated last week, also takes issue with Michael's lack of compassion towards Amber in the wake of the recoupling.

"I'm just really disappointed in the way he (Michael) handled yesterday's situation, I felt he could have handled it in a different way, like he came in guns blazing, didn't once apologise to Amber or even back what he's done, and he was so quick to call her childish," Yewande said on Good Morning Britain.

"It's important to go with your gut, and if you do have a connection with someone else it's also important to highlight it to the person you're coupled up with.

"What Michael did was, he kind of highlighted all of Amber's bad qualities to Joanna and then brought her back and went in guns blazing saying, 'you're childish, you didn't open up to me' and never once took responsibility for his own actions, and I think that's what the issue was."

Read next: 8 Reasons We Love Maura on Love Island 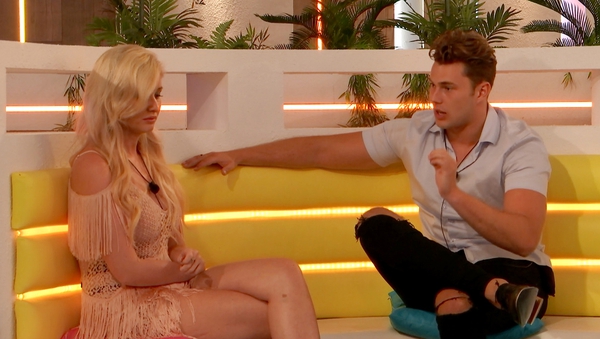