Stranger Things star Noah Schnapp has said the show's third season will be "funnier and scarier" than ever.

Schnapp plays Will Byers on the Netflix series, and this time around he will be fighting a mystery evil from another dimension in the summer of 1985 along with his best friends Eleven (Millie Bobby Brown), Mike (Finn Wolfhard), Dustin (Gaten Matarazzo) and Lucas (Caleb McLaughlin).

"It's very different from seasons one and two, it's funnier, it's scarier, it's like summer vibes," Schnapp told PA at the season premiere in California.

"It's very sad, the ending is a lot to handle so be prepared." The 14-year-old actor said that while he is good at keeping spoilers to himself, he is looking forward to being able to talk about what happens in this outing.

"It's always been hard but I'm used to not saying anything so it's kind of weird now because in a few days I'll be able to say anything," he said.

Stranger Things debuted on Netflix in 2016 and quickly became one of the streaming service's most succesful shows, with its storyline, nostalgic charm and talented young cast big hits with audiences.

Stranger Things season three will stream on Netflix on July 4. 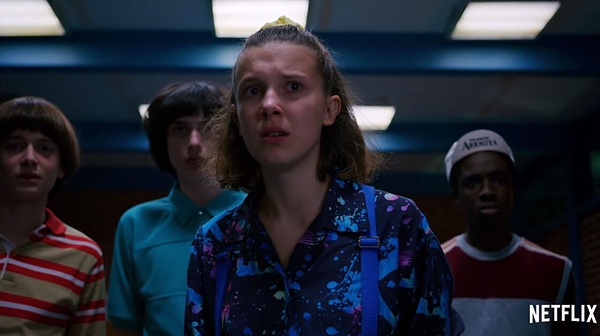