Irish rock legends Aslan have said they "wouldn't survive" without their young fans and joked about how their demographic "are all at home minding their grandkids".

The band, who are set to bring The Goodbye Charlie Moonhead Tour to the Iveagh Gardens next month, said they are shocked at the age range of their audience, saying it is "between 9 and 90".

Speaking to RTÉ Entertainment, lead singer Christy Dignam said: "Our demographic, they are all at home minding their grandkids. If we didn’t get the younger people coming along we wouldn’t survive. It’s amazing, I don’t know why that is. I try not to analyse it, but it’s great."

Aslan's guitarist Billy McGuinness said he was shocked at the amount of under 18s that attended last year's gig at the Iveagh Gardens.

"In the Iveagh Gardens under 18s can go if they are accompanied by an adult. We were shocked last year by the young crowd that was there."

When asked if the group has plans to release new music, Dignam who was diagnosed with Amyloidosis, an incurable blood cancer in 2013, revealed how he only recently got back to writing new material.

"When I came out of hospital first I got a thing called Chemo brain. Anyone who has gone through chemo will know what I’m talking about. Your mind just goes to bits and it turns to mush.

"When we started at first I couldn’t even remember our songs. I had to have a lyric board on front of me to read the lyrics as we were singing.

"I had to relearn all the songs. It’s only now that we are able to get back to doing a bit of writing".

McGuinness revealed that the group "have a cracker" of a song that they are hoping to record soon, while Dignam admits they are very protective of their new work.

"You know, when we write a song we still get the same buzz when you were a kid," Dignam said. "You’re dying to put it out there and then when you do it’s like putting your child out on Communion day and people are going ‘that’s a horrible dress’ and you’re like ‘no it’s not, it’s a lovely dress’.

"Your record is like that. It’s like a little baby you are throwing out there and if people are critical of it, it’s heartbreaking but it’s exciting as well," he said.

Aslan will be playing Dublin’s Iveagh Gardens on Saturday, July 13, 2019. 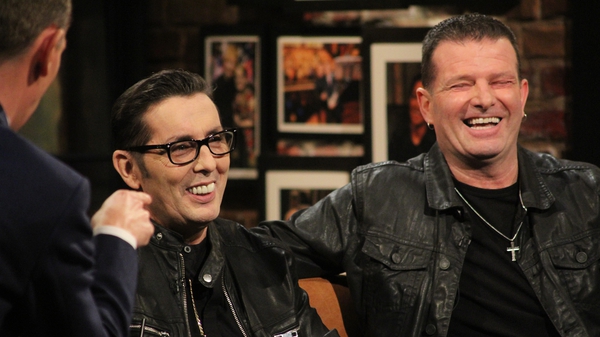