Aslan frontman Christy Dignam has said there's "no emergency" about his health, despite the return of a "negative protein" and the need for more chemotherapy.

The 57-year-old musician was diagnosed with Amyloidosis, an incurable blood cancer, in 2013 and underwent chemotherapy at the time.

Dignam told The Irish Sun on Sunday that a "negative protein" had returned and he would need more chemotherapy.

"I got a terrible shock. I got the result from my monthly blood test that I'm most afraid of," the Dubliner said.

Audio Christy Dignam "my cancer is back". https://t.co/eeM98B67jo @IanDempsey any chance R/T #Aslan ?

"It was the worst news I could get, that this negative protein is growing inside my body.

"All I can do now is more chemo but I'm not confident. Your blood develops an immunity to treatment so there's no guarantee it's going to work."

Christy and the lads sounding UNREAL on The @IanDempsey Breakfast Show! pic.twitter.com/J91KwW3vbr

But speaking on the Ian Dempsey Show on Today FM the following Monday, Dignam said the story had been exagerrated: "The thing is, my bloods fluctuate every so often. They go up, they go down. So they went up last week, they could go down again this week - you wouldn't know. It's been like that for the last four years.

"There's no emergency happenin' because I'm dancin'," he added.

However, following a complaint from The Irish Sun, Today FM has since broadcast an apology to the newspaper after the audio of their interview with Dignam was released in which the singer can be heard saying that his cancer had returned.

The station has also deleted the podcast of their interview with Dignam.

The Aslan front man's health update comes just weeks after the band's manager Svenn Braamark passed away suddenly from a heart attack while helping a neighbour tackle a fire on their farm.

In Norway to attend Svenn's funeral service . It's a Sad Sad Day . https://t.co/6fEDRCL9jp

Earlier this year the band's keyboardist Pat 'Fitzy' Fitzpatrick passed away from cancer and their social media manager Grace McDermott passed away in May.

Dignam is currently recording a folk album with Finbar Furey and is preparing to play Aslan's biggest gig in years at the Iveagh Gardens in Dublin on July 7.

Guitarist Billy McGuinness told the Irish Sun on Sunday: "Christy will play that gig no matter what. It's going to be an incredible show."

Speaking to Ryan Tubridy on The Late Late Show in 2015, Dignam explained that while his type of cancer is incurable, it can be "held at bay" with chemotherapy.

The Crazy World singer said: "There's no cure for it. I think there's only four or five people in the country that have it. With me, it produces too much protein; the protein affects my heart and my kidneys. So my heart's working at about two thirds of its normal capacity.

"They can hold it at bay with chemotherapy. You usually get a four-year hiatus when you finish the chemo, so I finished it two years ago, so I've got two years left before I should come back." 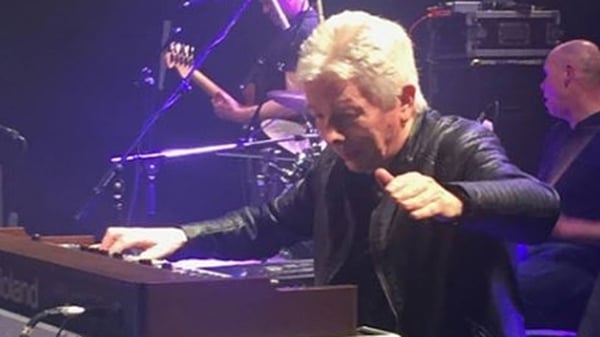