It is reported that Chris O'Dowd and Melissa McCarthy are in talks to star in The Starling, a comedy-drama about a married couple dealing with tragedy.

US entertainment industry website Deadline.com, which first reported the news, says The Starling would see Bridesmaids stars O'Dowd and McCarthy reunite with director Ted Melfi, who directed them alongside Bill Murray in the 2014 film St Vincent.

Deadline says The Starling's "comedy grounded with emotion" is "comparable to St Vincent".

As the husband character leaves the family home to process his grief, the wife becomes locked in a battle of wills with a black starling that has its eye on her beautiful garden.

When she seeks the help of a veterinarian, she discovers that the vet was once a psychiatrist.

"The film is an allegorical tale of how love can carry one through grief," explains Deadline.

It adds that the hope is for The Starling to begin filming this summer.

McCarthy, who was recently Oscar-nominated for Can You Ever Forgive Me?, will next be seen in crime-drama The Kitchen.

O'Dowd will next be seen opposite Rosamund Pike in the short-form marital comedy series State of the Union, written by High Fidelity and About a Boy author Nick Hornby and recently acquired by the BBC. 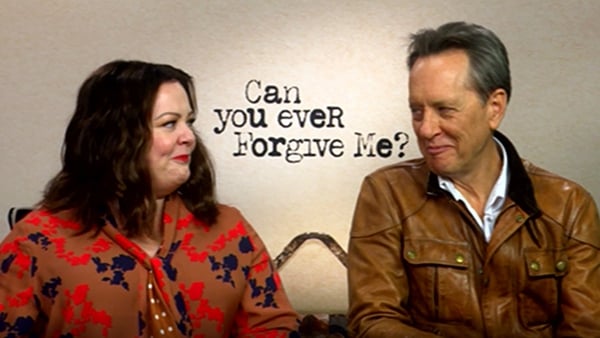