Jennifer Zamparelli has said she was "flabbergasted" when she was approached by RTÉ 2FM to helm her own radio show for the station.

Zamparelli had been co-hosting the station's Breakfast Republic show alongside Bernard O'Shea and Keith Walsh when the offer came in, and she described the change of pace as a complete "lifestyle change."

"I was flabbergasted to say the least because I was in the middle of doing a breakfast show and I'd just come back off maternity leave and Dan came to me and said he had this idea and I was like 'woah'," Zamparelli told RTÉ Entertainment at the launch of the new 2FM schedule.

"The biggest decision for me was that it's a lifestyle change because it was very hard to get up at that time in the morning; after 5 years I was kind of done, but I really loved working with the lads so it was a very, very tough decision to be honest with you."

She added that "the lads pushed me to do it" and that their support was much appreciated.

"We've always been supportive of each other and we'll go off and do other things and we'll always come back together, especially myself and Bernard, but he ran off first. He ran off with Marty (Morrissey) first, don't forget that," she said referencing Marty and Bernard's Big Adventure.

Zamparelli will be taking over the 10am slot on 2FM and teased what listeners can expect from her new show.

"I think people are going to be surprised, it's not a gag a minute the way Breakfast Republic was; it's more slowed down, it's a lot of talk, it's a lot more real, people will learn a bit more about me," she said.

"For the first 6 months I'm just going to try to figure out what the listeners want then hopefully people will feel like they can come on and talk to me. It's exciting, but it's not going to be all doom and gloom because we all have enough problems and I don't want to give anyone any more problems.

In Breakfast Republic's place comes a new morning show with Doireann Garrihy and Eoghan McDermott - watch our video to find out if they're morning people...

Read next: Jenny Greene 'delighted' to be back on 2FM with new show 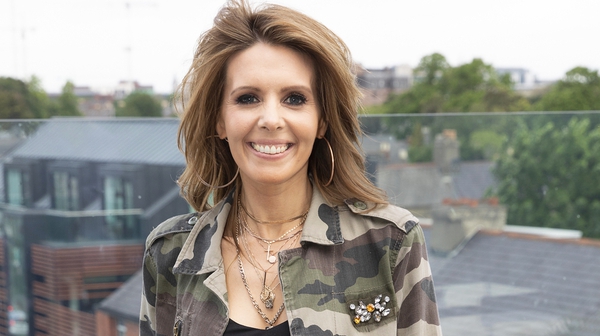