Game of Thrones star Sophie Turner has described the fan petition to have the eighth and final season of the show remade as "disrespectful".

Over 1.3 million fans have signed the petition to express their dissatisfaction over the plotting and pacing of the final season, with Turner telling the New York Times that she wasn't surprised by the backlash, which has also seen the concluding episode receive a decidedly mixed response.

"People always have an idea in their heads of how they want a show to finish, and so when it doesn't go to their liking, they start to speak up about it and rebel," said Turner, who played Sansa Stark on the show.

"All of these petitions and things like that - I think it's disrespectful to the crew, and the writers, and the filmmakers who have worked tirelessly over 10 years, and for 11 months shooting the last season," she continued.

"Like 50-something night shoots. So many people worked so, so hard on it, and for people to just rubbish it because it's not what they want to see is just disrespectful."

Entertainment industry website Deadline reports that the final Game of Thrones episode had a record North American audience for the series across all platforms of 19.3 million viewers, beating the previous record set by the penultimate instalment of 18.4 million.

On television alone, 13.6 million people across the Atlantic watched the finale when it first aired, beating the previous HBO single-episode record of 13.4 million, set by the opening season four episode of The Sopranos 17 years ago. 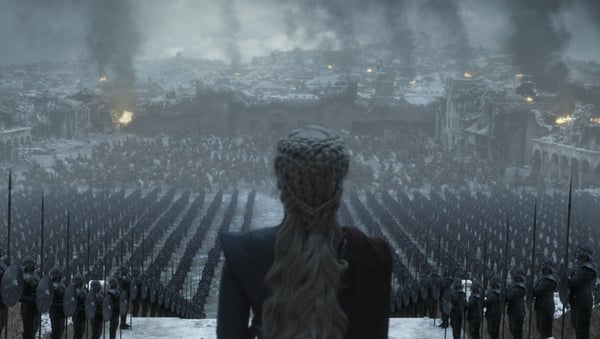