The Netherlands has won the Eurovision Song Contest 2019 with the song Arcade sung by 25-year-old Duncan Laurence.

The performance earned a total of 492 points.

This is the fifth time The Netherlands has won the song contest. The last time they celebrated a Eurovision victory was 44 years ago in 1975.

???? The winner of the Eurovision Song Contest 2019 is Duncan Laurence, representing The Netherlands with his song, Arcade!

Accepting the coveted prize from last year's Eurovision winner Netta Barzilai, Laurence said: "This is to dreaming big, this is to music first, always. Thank you."

Italy's Mahmood finished second with 465 points earned for his track Soldi, and Russia's Sergey Lazarev came third with 369 points for the song Scream.

26 countries took part in the grand final in Tel Aviv, Israel, in a show broadcast to an estimated global television audience of 200 million.

The grand final of the Eurovision Song Contest 2019 began at the Expo Tel Aviv venue on Saturday evening with a performance by a cohort of the musical extravaganza's former stars.

Israel's Netta Barzilai and Dana International, both previous winners, were joined by Swedish champion Mans Zelmerlow for a performance of Omer Adam's song Tel Aviv, during which the 26 finalists were introduced before taking their seats to one side of the stage.

Still got it... Dana International does her thing at the opening ceremony of the Eurovision final #eurovision #daretodream pic.twitter.com/3CIk0ZeS9j

As well as the finalists and former winners, the show also saw a special performance from pop icon Madonna, who sang new hit Future as well as classic Like a Prayer. The slot courted controversy as two dancers wore Palestinian and Israeli flags on their backs during the performance.

The international public vote made up 50% of the total vote, with the other half determined by a professional jury in each participating country, who cast their votes during performances on Friday.

As per one of Eurovision's most famous quirks, fans could vote up to 20 times but are unable to select their own country's entry.

Ireland failed to make it through the semi-final with Sarah McTernan's 22. But Sarah put her support behind the United Kingdom's Michael Rice.

The 21-year-old Hartlepool native sang Bigger Than Us, a gospel-influenced chorus against a backdrop of a starry night sky and racing comets. Unfortunately the UK came last in the voting - scoring only 16 points.

The 25-year-old from Scariff in Co. Clare was the second act on stage in the second semi-final on Thursday, performing her song 22 but a nail-biting public vote did not place her among the ten winners.

Speaking in her dressing room about her performance, an emotional McTernan said: "I felt really happy in myself. I wanted to be able to look back and be happy and be comfortable with the performance myself so you know what, I was happy.

"All the team worked so hard and they’re absolutely incredible and things don’t always go your way but we’re looking on the bright side."

"I’d like to thank everyone back in Clare. Honestly, it means so much to me. To everyone and all the posters and everything. It’s given me so much energy on stage." 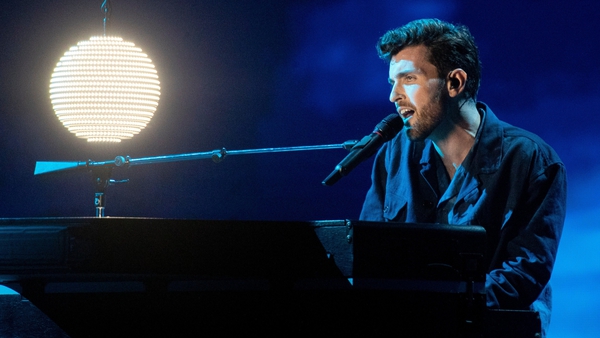 Eurovision Grand Final 2019 - as it happened - The Netherlands won!