Amy Schumer has revealed that her husband Chris Fischer is on the autism spectrum in a new programme on Netflix.

In the Netflix special, titled Amy Schumer: Growing, the comedian and actress said: "I knew from the beginning that my husband's brain was a little different than mine.

"I have to start this over because I really want to get this right because I love him very much.

"My husband was diagnosed with what used to be called Asperger's. He has autism spectrum disorder. He's on the spectrum. And there were some signs early on."

She continued: "Once he was diagnosed, it dawned on me how funny it was, because all of the characteristics that make it clear that he's on the spectrum are all of the reasons that I fell madly in love with him.

"That's the truth. He says whatever is on his mind. He keeps it so real. He doesn't care about social norms or what you expect him to say or do."

Ahead of the special’s debut on Netflix, Schumer took to Instagram to pay tribute to her husband.

She wrote: "Thank you to my husband, Chris who has kept me going during this pregnancy. His willingness and desire to be open with the world about himself and our marriage is courageous and beautiful.

"He makes me laugh more than anyone and he laughs at me more than anyone. I am more than grateful to have found such an amazing partner and best friend. I’m shocked. I didn’t think this love was out there for me. But it was and it is and I can’t wait to spend my life with you and our growing family."

The comedian is pregnant with her first child with Fischer and recently cancelled her stand-up tour in many US cities due to severe morning sickness.

Schumer and her husband, Chris Fischer, married in February 2018 and announced in late October that they were expecting their first child together.

As well as her stand-up career, Schumer is known for starring in films including Trainwreck and I Feel Pretty. 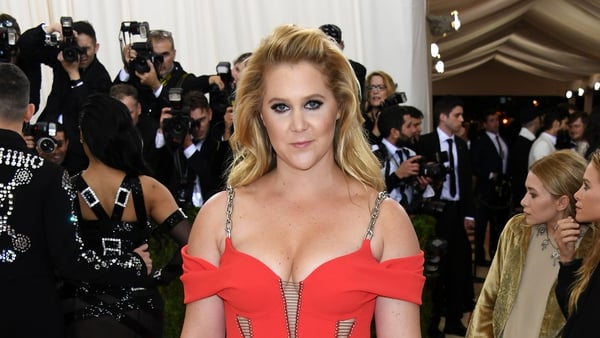