Comedian Amy Schumer has cancelled the remainder of her tour after suffering severe morning sickness according to her social media account Instagram.

The Trainwreck star, who is expecting her first child, reassured fans that both she and her baby were healthy but she is unable to fly due to hyperemesis gravidarum.

Writing on Instagram, The I Feel Pretty actress said:  "Due to complications from hyperemesis I am not cleared to fly for the next couple of weeks I am going to cancel the remainder of my tour. Refunds are available at the point of entry.

"The baby and I are healthy and everything looks good. But I am in my 3rd trimester and I am still nauseous all the time and vomiting. I vomit mostly every time I ride in a car even for 5 minutes.

"I have a pretty good attitude about it and some days I feel good for a couple hours. But mostly it sucks. I wanted to push through and do my shows.

"Because I hate letting people down and I love stand up and money! But more than that I have to think about my health and the baby. I know you guys get it and people are like. Bitch are you ok?

"Take it easy but it's still embarrassing to have to cancel."

According to her website, Schumer had four shows left to complete, in the US cities of Phoenix, Houston, Dallas and Austin.

Hyperemesis gravidarum, which causes severe vomiting, can lead to dehydration, weight loss and a build-up of toxins in the blood or urine.

Schumer and her husband, Chris Fischer, married in February and announced in late October that they were expecting their first child together.

As well as her stand-up career, Schumer is known for starring in films including Trainwreck and I Feel Pretty. 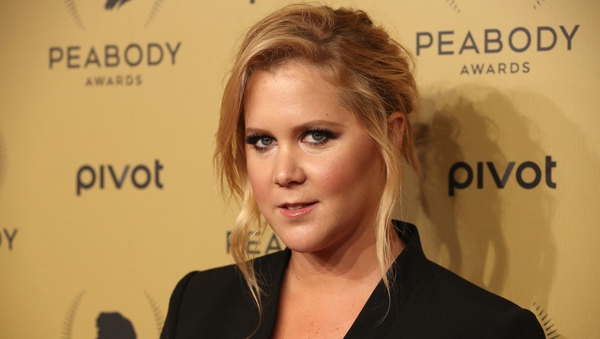