Maisie Williams has said she is looking forward to being able to talk about the end of Game of Thrones once the final episodes have aired.

The 21-year-old actress, who plays Arya Stark in the hit HBO fantasy series, admits it will be a "relief" when the eagerly-awaited show releases its final scenes next month.

Speaking to the Manchester Evening News newspaper, she said: ''It's going to be a relief to be able to speculate once it's all done and I can talk to people about the ending and what they all thought.'' 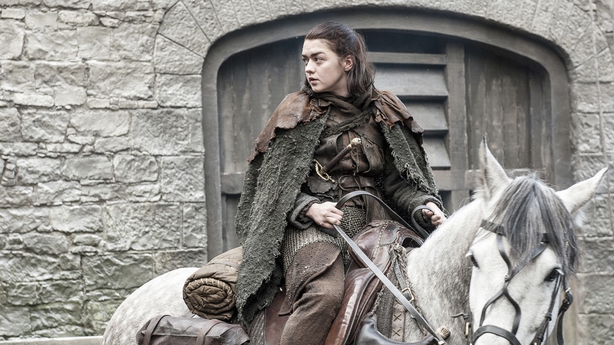 When asked what she likes and dislikes about her character, Williams said she admires her alter-ego's loyalty but thinks that this could also be her downfall.

''[Arya would] say she was loyal and dedicated.''

''But she's maybe too dedicated and dedicated to the point of being kind of insane. Once she gets on a mission she literally will not stop until she dies.''

On Wednesday, a new trailer for the final season of the fantasy epic was released and it hints at the dramatic climatic battle between the living and the White Walkers, led by the menacing Night’s King.

The eighth and final season of the show starts on HBO and Sky Atlantic on April 14 and runs until May 19 and will be made up of six feature-length episodes.

The battle for Winterfell, which is said to be the longest and most expensive consecutive battle sequence ever committed to film, will feature heavily in the new season.