The first glimpse of Alan Partridge's highly-anticipated return to television has been unveiled - and it looks like things aren't going quite to plan for the esteemed Norfolk broadcaster.

The new sitcom will see Steve Coogan's much-loved character make his first foray into live television since the demise of his '90s chat show Knowing Me, Knowing You.

Titled This Time With Alan Partridge, the show will see Alan fill in as a stand-in co-host on a weekday evening magazine show which will feature "a heady mix of consumer affairs, current affairs, viewer interaction, highbrow interview and lightweight froth".

In the first trailer from the show, Alan prepares to make his big TV comeback but is scuppered by a bad case of dry-mouth.

To make matters worse, his co-host Jennie (Susannah Fielding) tries to assuage his nerves by saying he's "done plenty of live stuff before" and that she's "watched the odd episode" of his radio show Mid-Morning Matters.

Along with Susannah Fielding, Coogan will again be joined by Sidekick Simon (Tim Key) and Felicity Montagu as the redoubtable Lynn.

The release date for the six-part show hasn't been revealed, with the trailer saying it is "coming soon to BBC One".

Coogan was most recently seen on the big screen opposite John C Reilly in the Laurel and Hardy biopic Stan & Ollie. 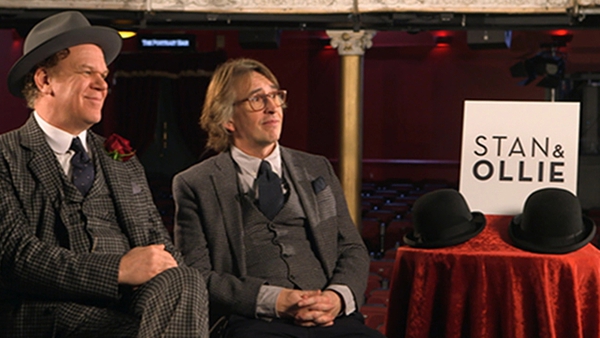