The BBC has announced that filming has begun on This Time With Alan Partridge, which will mark the veteran presenter's return to live television for the first time since a guest was fatally shot on air during his 1990s chat show, Knowing Me, Knowing You.

The BBC says that Partridge has been "handed a career lifeline - the chance to stand in (temporarily) as co-host on This Time, an evening weekday magazine show".

This Time is billed as "a heady mix of consumer affairs, current affairs, viewer interaction, highbrow interview and lightweight froth".

"This Time is the perfect shop window for a man of Alan's gravitas and will, or should, see him finally recognised as one of the heavyweight broadcasters of his era," the BBC added.

With Partridge's accidental shooting of guest Forbes McAllister in October 1994, his live television career on the BBC ended with a bang.

Safety first, a pre-recorded Christmas special, Knowing Me, Knowing Yule, was broadcast in 1995.

Partridge was then the subject of a fly-on-the-wall BBC Two series, I'm Alan Partridge, which ran for two heart-rending seasons; and a documentary, Anglian Lives: Alan Partridge.

His digital radio show, Mid Morning Matters with Alan Partridge, and its associated short clips thrust him back into the public's consciousness in 2010 and was picked up by Sky.

It was followed by tell-all autobiography I, Partridge: We Need to Talk About Alan.

He published his second book, UK travelogue Nomad, in 2016 with another BBC documentary, 2017's Alan Partridge: Why, When, Where, How and Whom?, paving the way for his live show return with This Time later this year. 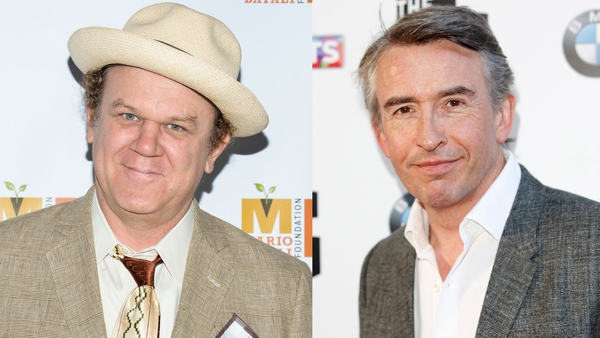 Coogan and Reilly to star as Laurel and Hardy