Dancing on Ice contestant Gemma Collins broke down in tears on Sunday night's show, saying that her recent fall had dented her confidence.

On the night which saw television presenter Saira Khan and skate partner Mark Hanretty become the latest couple to be eliminated, Collins again made most of the headlines as her emotions got the better of her.

"Since the fall my nerves have gone," she cried.

Judge Ashley Banjo advised her to give her all to her routines.

"You are better off coming out here falling, but putting everything in," he said.

Absolutely devastated & embarrassed, My heart is broken but when I went down I thought of @Tyson_Fury & knew I had to get back up & carry on! Can’t thank you enough for your support on social media & picking up the phone to vote! Im in a lot of pain but bring on fantasy week!??? pic.twitter.com/EncpcTfwxh

However, there was some consolation when Collins received her highest score to date from judge Jason Gardiner, a four.

Viewers had previously seen Collins and Gardiner have words on the ITV show.

But on Sunday night Collins even agreed with some of Gardiner's criticism.

She joked that she and the acerbic judge had "become sort of friends now".

Collins later vowed to return "better than ever" with skate partner Matt Evers on next weekend's show.

My knight in shinning armour @real_arg?? Thanks for everyone that voted for me! Last weeks fall knocked my confidence but I promise to be back next week & better then ever, GC style!!!! ?? Can’t believe me & @themattevers have made it past Half Way, THANK YOU!!! ?? @GMB TOMORROW pic.twitter.com/iQSgY7Jk8n

Thank you all for those whom voted this evening. Time to dust off and bring back that fighting spirit @missgemcollins well done and let’s work are asses off this week!

Dancing on Ice continues on Virgin Media One and ITV on Sunday at 6:00pm. 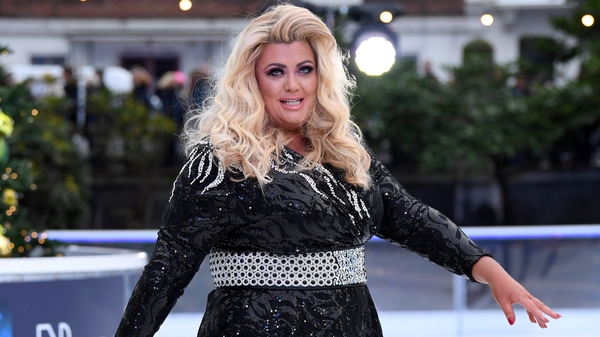