Belfast singer Van Morrison has said that he quit smoking to preserve his voice and tries not to talk too much.

Speaking to the music publication MOJO the Have I Told You Lately that I Love You singer said: ''I don't like to overuse it, but the thing is I stopped smoking because that was a major realisation because I was losing it.''

In the same publication the 73-year-old singer admitted that he has thought of leaving the music industry but said he kept going, he said: "There's also certain times when you need to work. For instance, if you have to pay a lot of bills. So you go out and make more, to survive. That's happened to me a couple of times. A couple of times.''

The singer recently in an RTÉ interview discussed the changes to the music industry.

He said its "a difficult industry to work in as a musician, rather than just be a singer and most jump ship."

The Brown Eyed Girl musician said he "chose music as a vocation and followed what he thought it would be - a job."

"There’s just been a bill passed in America where a lot of famous musicians and singers are going up against this Spotify thing… and people getting music for free."

In the same interview the singer discussing his new album The Prophet said "Its kind of what I signed up for and he said it was recorded in a couple of days."

The talented singer recently told Miriam O'Callaghan that during his singing career in his 20s that he hadn't a clue.

Morrison admitted to Miriam: "I hadn’t a clue about what I was doing. It’s very difficult to relate to it now, because it keeps coming up, but it’s a great album.

That was that period of time. It’s not relatable to me now, I’m not the same person, I was a kid then. I didn’t know anything about anything, I was just spinning off the top of my head." he added. 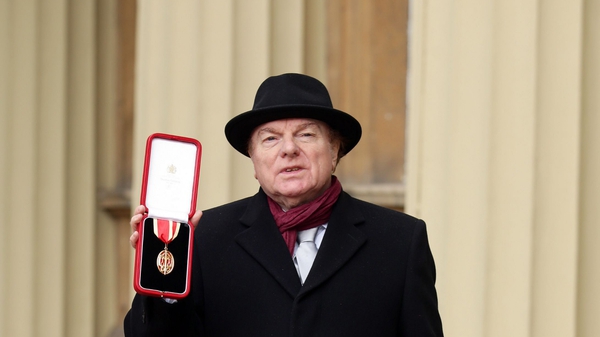