Van Morrison's legendary album Astral Weeks will be the subject of a fascinating live event in London on March 16.

2017 marks the 50th anniversary of Astral Weeks, widely-regarded as Van Morrison's creative masterpiece. With its combination of jazz, folk and soul influences, it's widely regarded as one of the most influential albums of the 20th century.

Leading UK vibes player and Jazz Warrior Orphy Robinson has brought together a new generation of UK jazz players to reinterpret the transcendental arrangements of Astral Weeks for a live performance of the album. 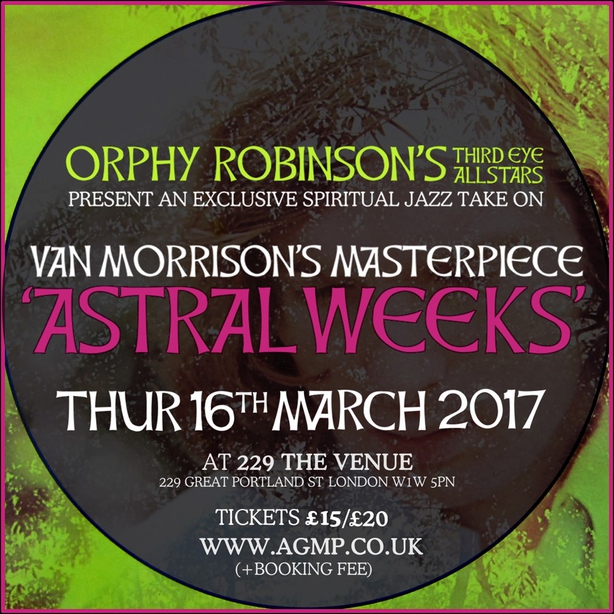 The group - formed especially for the night - includes musicians who've worked for the likes of KT Tunstall, Ian Dury, Robert Wyatt, Bill Withers, Amy Winehouse, Goldie and Bjork. This is a serious line-up.

The gig takes place at well-known music venue and dance club, 229 The Venue, which is based on Great Portland Street in central London. Tickets are priced at £21.50 and are available online at 229thevenue.com.

It promises to be quite a unique night celebrating Van the Man's masterpiece.