Director Steve McQueen has told RTÉ Entertainment he was "honoured" to work with Colin Farrell and Liam Neeson on his crime-thriller Widows, which is in Irish cinemas from today.

Widows is based on the 1980s ITV series of the same name from Prime Suspect creator Lynda La Plante.

It follows the widows - led by Viola Davis' character Veronica - of a gang of armed robbers who team up to finish the heist in which their husbands lost their lives. Neeson plays Veronica's late husband, Harry, with Farrell playing Irish-American politician Jack Mulligan.

"Liam and Colin, they're amazing actors, and they've been doing an amazing job in Hollywood for a very long time," 12 Years a Slave director McQueen told RTÉ Entertainment.

"I was honoured that I could work with them, especially in Chicago where there's such a sort of Irish foundation."

The Oscar winner described Farrell as "shadowing history" in his role as Mulligan in the film.

"With Robert Duvall [who plays Farrell's onscreen father] and Colin, they were so amazing to work with. They were like two musicians, just jamming. A lot of that stuff that they would engage with in the picture was improvised."

Read our review of Widows here. 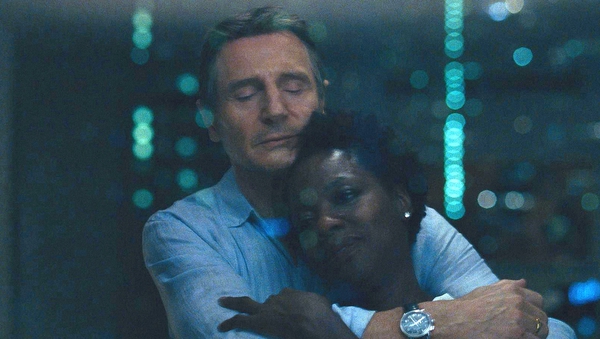