Colin Farrell's work in the new crime-thriller Widows has been hailed by his co-star and onscreen father, Oscar winner Robert Duvall.

In a press kit interview ahead of the film's release next month, screen legend Duvall highlighted Farrell's strengths as an actor.

"Talking and listening - which is not that easy," he said. "It's not that easy necessarily, and especially when it gets to a certain emotional level. But he's very good at that, and I love to take from other actors when it's real within an imaginary set of circumstances."

Widows is based on the 1980s ITV series of the same name, which was created and written by Prime Suspect author Lynda La Plante.

It follows the widows - led by Viola Davis' character - of a gang of armed robbers who team up to finish the heist in which their husbands lost their lives.

Farrell plays Jack Mulligan, a politician who somehow finds himself embroiled in the widows' plan, with Duvall starring as his father, power broker Tom.

"[It's] A very complex relationship with my 'son'," Duvall explained. "Truly love/hate, I think." 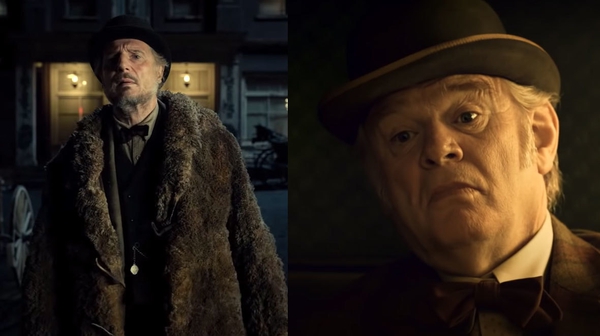