Galway singer Brendan Murray has vowed to "bounce back" after surviving the X Factor cliffhanger on Sunday night.

"I took a trip tonight but this was a learning curve and something that I needed," Murray wrote on Twitter after making it through to next weekend's live shows.

"I'm going to bounce back and leave no regrets next week."

I took a trip tonight but this was a learning curve and something that I needed. I’m going to bounce back and leave no regrets next week.
Everyone who voted and supported me tonight, your the reason I’m through to next week and I can’t explain how thankful I am for that, legends! pic.twitter.com/d1kaRp13UY

He also thanked his supporters for voting for him, describing them as "legends".

I also want to thank Ayda (and Louis of course) for giving me the fighting chance to stay in the competition. Forever grateful ?? @TheXFactor

Fellow judge Ayda Williams could not choose between the acts so she sent the vote to deadlock, with the LMA Choir going home because they received fewer public votes than Murray.

The X Factor continues on Virgin Media One and ITV on Saturday November 3 at 8:35pm.

Down to a dozen! 12 acts remain after tonight's double elimination ?? Join us next time for Fright Night  ?? #XFactor pic.twitter.com/hb3w6IsYnq 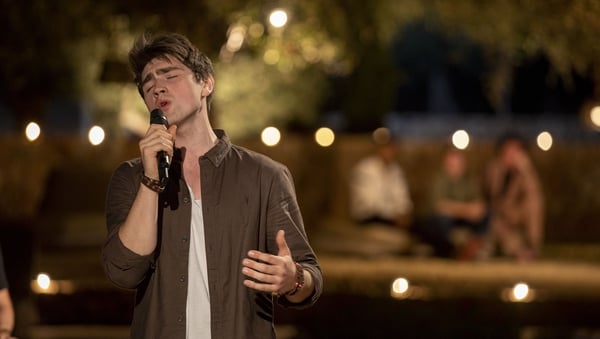