An almost unrecognisable Blake Lively was out and about in the Dublin rain on Sunday, filming scenes for her espionage thriller The Rhythm Section.

Lively was joined on set by her co-star, Jude Law, with The Handmaid's Tale director Reed Morano behind the lens.

Blake was also seen on the set of 'The Rhythm Section' today (07/15) in Dublin!
More photos: https://t.co/f981Mvojsv pic.twitter.com/6NyimGqHjr

The Gossip Girl star is no stranger to Dublin, having shot scenes for The Rhythm Section in Ireland last year before she sustained a hand injury while filming which halted production.

Based on the book of the same name by Mark Burnell, The Rhythm Section tells the story of Stephanie Patrick (Lively), who falls into drink, drugs and prostitution when her family die in an air crash.

Speaking to RTÉ Entertainment last November, Broccoli said she would "love" if the opportunity arose to film a 007 adventure in Ireland, because her experience making The Rhythm Section in the country has been so positive. The film has also been shot in New York and Spain.

"In the story it's not Ireland," Broccoli revealed.

"Ireland plays many different things in this movie. It shows you how versatile it is, that it can be many different places. We love being here, we love the Irish crew… It's just the people; it's the welcoming spirit of the people that's just so lovely."

When asked if she could see Bond making the trip, Broccoli replied: "It's a great place to make movies. You've got wonderful talent. You've had some of the greatest talent in the world here.

"So you have great talent both in front of the camera [and] behind the camera. You've got great craftsmen and crews and a wonderful spirit here and beautiful locations and facilities.

"I guess we've been so busy travelling around the world [that] often you don't really notice what's on your own doorstep," Broccoli added.

"Let's see, maybe we'll try and get Bond here at some point. I must say, having experienced it, I would love to come back."

The Rhythm Section is pencilled in for release on February 22, 2019. 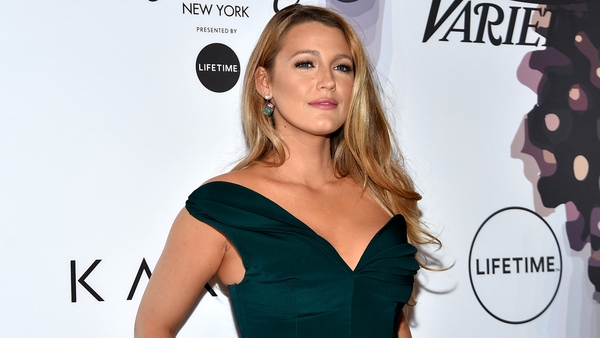