Richard Hammond has narrowly escaped being involved in another serious crash, having already experienced two near-fatal accidents during his career presenting motoring shows Top Gear and The Grand Tour.

In a new clip from The Grand Tour, 48-year-old Hammond is seen reeling from a near-miss that almost saw him drive off a snowy cliff.

The incident happened while Hammond and his co-presenters Jeremy Clarkson and James May were testing out how well old Jaguar cars would perform in the snow, which led to them struggling to control the vehicles next to the cliff.

In the clip, Hammond is seen with his head in his hands saying, "I don't like it, I really don't like it" before he emerges from the car to talk to Clarkson and May about what nearly happened to him.

Hammond's first brush with death came when filming Top Gear in 2006, when he was left in a coma for two weeks following a high-speed crash.

11 years later he was involved in another serious accident while filming The Grand Tour in Switzerland, which left show producer Andy Wilman "staggered he had got out of it alive."

Hammond was also involved in a motorbike accident last year while filming The Grand Tour in Mozambique, though at the time he is said to have been knocked unconscious he was not seriously injured and assured fans that he was ok. 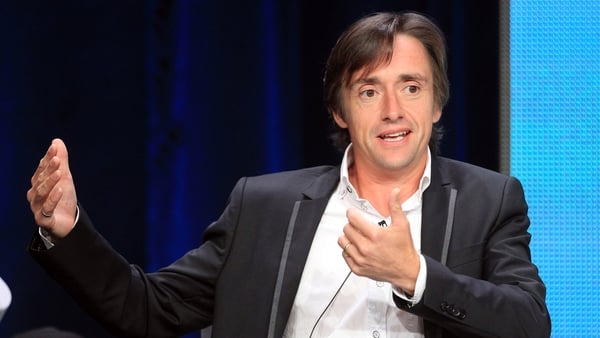