Saoirse Ronan has told RTÉ Entertainment she has "a few ideas" for projects she wants to work on in Ireland in the future.

The Golden Globe winner, whose new film On Chesil Beach has just been released, was in Dublin to lend her support to the next generation of talent at the Cinemagic Film and Television Festival for Young People.

"I think we need to be making lots of modern-day Irish films," Ronan told RTÉ Entertainment after a screening of her Oscar-nominated Lady Bird. "So I would like to figure out how I can be a part of that."

"I would really like to do some theatre here at some point too," she added. "Because I think that's sort of where we began, so it would be nice to come back here and do something onstage."

As to the immediate future, Ronan is looking forward to a break after making Brooklyn, Lady Bird, On Chesil Beach and the upcoming Mary Queen of Scots and The Seagull.

Read our review of On Chesil Beach here and watch Saoirse Ronan's interview with RTÉ's London Correspondent Fiona Mitchell below: 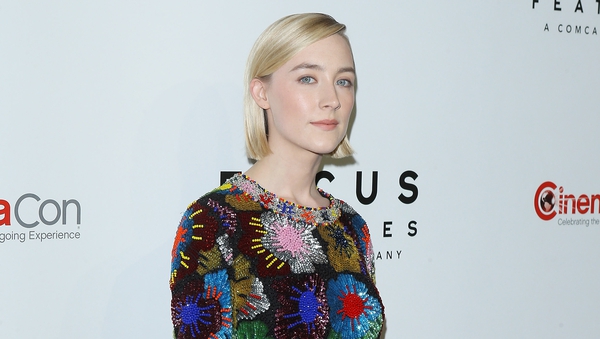