The Tony Award-winning production Titanic The Musical will be making its debut on Irish shores soon and director Thom Southerland says it feels "incredibly poignant" launching the show here.

Based on a book by Peter Stone and with a score by Maury Yeston, Titanic the Musical has had hugely successful runs in the West End and Broadway and will play at Belfast's Grand Opera House from April 24 to 28 before docking at the Bord Gáis Energy Theatre from May 15 to 19.

Southerland, who directed Angela's Ashes at the Bord Gáis Energy Theatre to critical acclaim last year, says there's "no better place" to put on the production as the story is so "intrinsically linked" to Belfast and Ireland.

Speaking to RTÉ Entertainment at the launch of the musical at the Titanic Belfast, the director said the musical "tells you something completely different" to James Cameron's blockbuster film.

"James Cameron’s film makes you understand the tragedy of the situation, but Maury Yeston’s musical really makes you understand how it happened, and the excitement behind building her, and the dream and the ambition of doing this, and what the people hoped when they boarded that ship, which I actually think is lost in some translations and adaptations," Southerland said.

"It’s life-affirming to see, if that faithful voyage hadn’t ended the way it did, the Titanic would have been celebrated as one of the most incredible, pioneering moments of the 20th century. She was the largest moving object in the world, she was the grandest, most luxurious thing that anybody had ever seen and through nobody’s fault she ended up at the bottom of the ocean and I think that’s probably why she’s stayed in popular culture for so long because she means so much."

The vast production features 25 actors playing 80 parts, including returning star Niall Sheehy, and Southerland says he hopes it will portray may aspects of life on the Titanic, "the grandeur, the opulence, the elegance" but also "the workings of the ship".

"This is not a naturalistic [show], we’re not recreating the events, what we’re doing is we’re bringing back to life these people that lived and existed and were not a million miles away from how we are now", he explained.

"There are so many parallels with our lives are now. These people were all Irish immigrants heading to America to start a new life. That word now is almost a dirty word, but back then it was the pinnacle of hope and expectation, and the world needs a bit more of that."

The theatre director added: "We’ve seen this production in Tokyo, in Toronto, it’s been far reaching and wide, but it’s never played to an audience where it means so much personally to people and my way of creating this show has always been incredibly personal.

"It’s for the people who built the ship and to pay respect and tribute to the lives that went into building and creating the ship of dreams. I desperately hope people enjoy it and take it to heart!"

Titanic The Musical runs at the Bord Gáis Energy Theatre from Tuesday May 15 to Saturday May 19, 2018.

Tickets are currently on sale through Ticketmaster. For more information, click here. 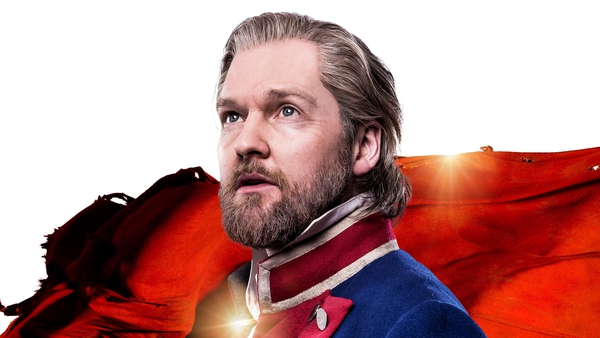