Brad Pitt has been cast alongside Leonardo DiCaprio in Quentin Tarantino’s Charles Manson drama, Once Upon a Time in Hollywood.

Writer and director Tarantino has secured two of the biggest names in Hollywood to star in his first release without the Weinstein company.

Pitt has signed on to play TV star Rick Dalton in the drama which "takes place in Los Angeles in 1969, at the height of hippy Hollywood," while DiCaprio has been cast as his longtime stunt double Cliff Booth.

In a statement the Kill Bill filmmaker said: "I couldn’t be happier about the dynamic teaming of DiCaprio & Pitt as Rick & Cliff.

"Both are struggling to make it in a Hollywood they don’t recognise anymore. But Rick has a very famous next-door neighbour... Sharon Tate."

"I’ve been working on this script for five years, as well as living in Los Angeles County most of my life, including in 1969, when I was 7 years old.

"I’m very excited to tell this story of an L.A., and a Hollywood that don’t exist anymore."

The film will be released worldwide on August 9, 2019. Opening on the 50th anniversary of the day that the Manson family committed the LaBianca murders and the day after Tate was killed.

Tarantino has also reportedly approached DiCaprio's Wolf of Wall Street co-star Margot Robbie for the role of Tate. The actress, who was pregnant at the time, was among five people who were killed by the Manson family cult  at the home she shared with director Roman Polanski.

Last month, Robbie told The Hollywood Reporter that "nothing’s official" in terms of the movie, "but [she] would kill to work with" Tarantino.

The Oscar-winning filmmaker has previously worked with DiCaprio and Pitt, directing DiCaprio in 2012's Django Unchained and Pitt in 2009's Inglourious Basterds. 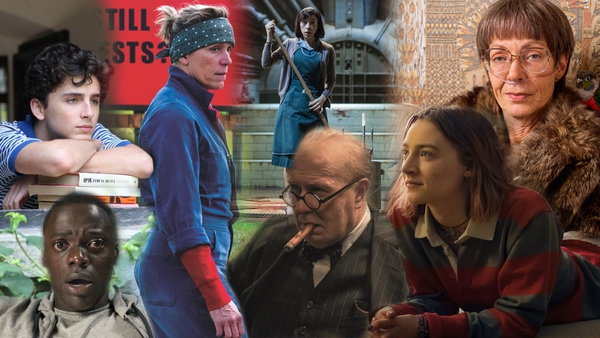 Oscar predictions: The certainties and surprises