BAFTA winner Allison Janney has defended the Duchess of Cambridge's decision to wear green to the event instead of black, saying she is "an extraordinary woman and she can wear whatever she wants to wear".

While the majority of those attending the British Academy of Film and Television Awards on Sunday night opted to take part in the red carpet black out to raise awareness for the Time's Up campaign against sexual harrassment, Kate wore a green dress instead, due to royal protocol.

When asked about Kate's outfit, Janney, whose performance in I, Tonya earned her an award for Best Supporting Actress at the ceremony, said she would "never judge anyone's choice".

"I would never judge anyone's choice. She looked absolutely beautiful and I'm so happy for them that she's pregnant again," Janney said of the royal.

"She's an extraordinary woman and she can wear whatever she wants to wear."

There had been much speculation in the build-up to the event about what colour Kate would wear.

As a member of the royal family, Kate is not allowed to make a political statement, and while the Time's Up campaign is not a political topic, wearing black would have seen her make a public stand on the issue.

See the BAFTA red carpet action as it happened 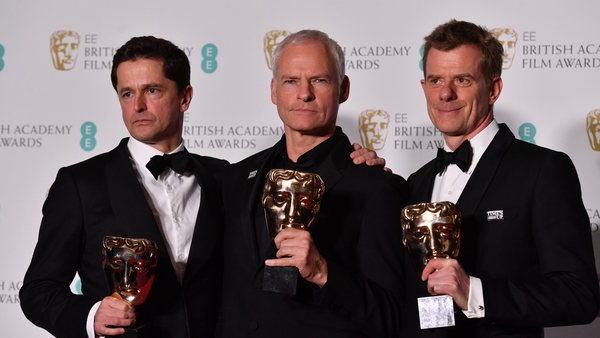