Saoirse Ronan has spoken about a "female revolution" taking place in Hollywood at the moment in the wake of the #MeToo and Time's Up movements, adding that feminism is "at the core" of her life.

"There is a female revolution going on right now," Ronan told Grazia magazine.

"We're just at a point where you can't escape and we have to do something about it, on both sides – men and women. I can see in our industry that so many women have come together to actively pursue civil rights and create a safer and fairer environment.

Ronan added that she feels like feminism "has gone from quite a considered thing for me to something that is just in my bones."

The Lady Bird star, who earned her third Oscar nomination for her performance in the film, also heaped praise on her "inspiring and brilliant" director Greta Gerwig.

"I was watching Greta say all these wonderful, smart things and talking about how she's just soaring as a director. It's so inspiring and brilliant," she said. 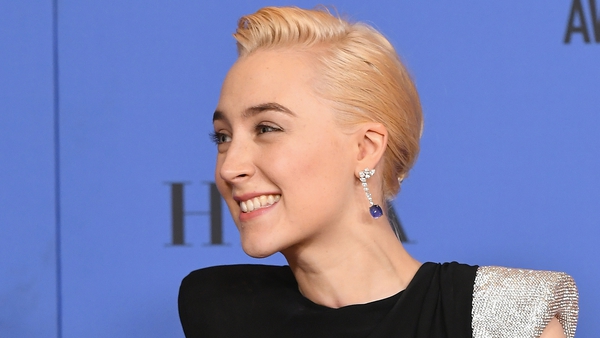