Excitement levels reached fever pitch in the Dancing with the Stars studio on Sunday night as UFC champ Conor McGregor sat 'ringside' to support his older sister Erin as she foxtrotted into the next round.

The spectator's view may not be his usual seat, but McGregor sat in the Dancing with the Stars audience to cheer on Erin and her professional partner, Ryan McShane.

Erin couldn't hide her delight that her superstar brother had showed up to cheer her on, telling host Nicky Byrne that it was "amazing to have her family there and to make memories together".

"I know what it's like to sit ringside", @GregorErin feels the support from brother @TheNotoriousMMA who's sitting in the audience for tonight's #DWTSIrl pic.twitter.com/7xLKBycLNf

She added: "We're such a tight family unit and we are always there to support each other. I know what it is like to sit ringside and I'm sure they were nervous when I came on."

Taking to Instagram to share his excitement Conor said: "Go on @erinmcgregor123 you little beast! Some buzz dancing with the stars Ireland #family."

Erin and Ryan danced "a very beautiful foxtrot" according to judge Loraine Barry, while Julian Benson said she really showed-off her "feminine side". All three judges awarded her an impressive 8 points, resulting in a total of 24.

Backstage Conor recorded an Instagram video with Ryan, telling followers that Erin's dance was "smooth like butter" and urged people to pick up the phone and vote.

Conor's fans followed his instructions and Erin sailed into the next round as Maia Dunphy became the third contestant to be sent home.

Last week Conor was honoured for his charity work at the Best of Ireland Gala in New York. 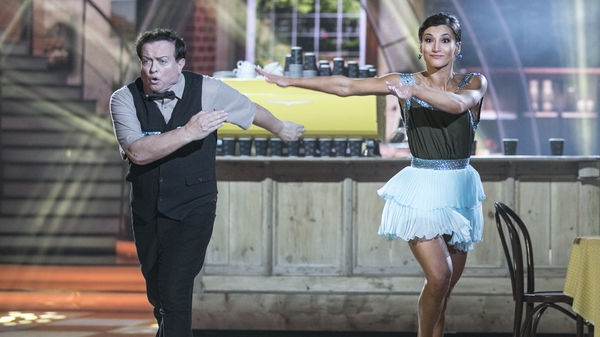 Dancing with The Stars - as it happened