After his Thor-themed routine on Dancing with the Stars failed to win enough viewer votes to keep him in the competition, Tomás O'Leary has told RTÉ Entertainment that he and his professional partner Giulia Dotta "knew we'd get knocked out pretty early".

Reflecting the morning after the hammer fell on their partnership, the rugby player was downbeat about leaving the dancefloor but said that his time on the RTÉ One show had been "great fun".

"We were never going to win it," he admitted. "I was just gutted I didn't get to lift her!"

"We thought we were going to make it a bit further but not win it - probably!" added Dotta. "Some other contestants are really good and they have the audience not pushing them, but behind them."

O'Leary had been best of the boys last week for his Jive with 22 points, but on Sunday night dropped to 16 points for the Paso Doble - the second lowest score of the night.

"The Jive I did last week wasn't great," he said. "I did it much better in training."

"The fact that he looked like he was leading - he was just making up the dance so I was trying to follow him!" laughed the Corkman's partner.

Both O'Leary and Dotta agreed that Anna Geary and partner Kai Widdrington would be "hard to beat" in the competition.

"I'd like to see Rob [Heffernan] go on and do very well because he's putting in serious hours and he's a great guy," O'Leary continued. "I'm in the lads' camp, obviously, because the lads are much better craic than the girls!

"I think the way the voting goes lads have a better chance, maybe. Obviously, Jake is a very good dancer as well. He just needs to be more confident in himself - I'm being sarcastic! I think Jake has a good chance, Marty [Morrissey] has a good chance but Bernard's [O'Shea] coming into his own..."

Dancing with the Stars, Sundays, RTÉ One, 6.30pm 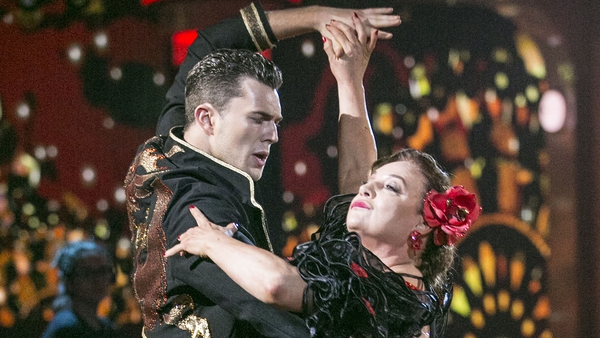 Norah Casey reflects on Dancing with the Stars journey