U2 have added two more dates to their Dublin shows and will now play the 3Arena on November 5, 6, 9 and 10 as well as Belfast's SSE Arena on October 27.

All shows are part of the band's eXPERIENCE + iNNOCENCE Tour 2018.

Tickets on sale this Friday at 9am from @TicketmasterIre pic.twitter.com/iFFDVQiHBh

Announcing the first shows last Monday, the promoters said: "All General Admission floor tickets in Dublin and Belfast will be paperless and available online or at the box office only.

"Please also note that there is no queuing permitted at 3Arena prior to 8am due to heavy local construction."

U2 were among the performers at the Grammy Awards in New York on Sunday night. They delivered a politically-charged performance of their song Get Out of Your Own Way on a floating stage in New York Harbor against an impressive backdrop of The Statue of Liberty.

Earlier, they had opened the 60th Grammy Awards with a performance with Kendrick Lamar.

U2's most recent Irish date was in Croke Park last July. They released their new album, Songs of Experience, in December. 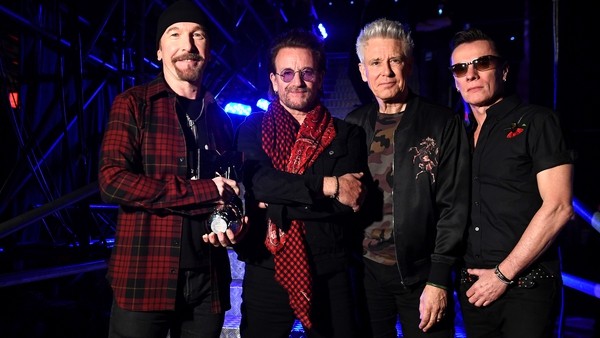