Catherine Zeta-Jones has defended her husband Michael Douglas after he preemptively denied allegations of sexual harassment made against him by a former employee.

Earlier this month, the 73-year-old actor moved to strongly deny that he had engaged in a sexual act in front of former female employee Susan Braudy in the 1980s before the allegations were published in The Hollywood Reporter.

Now, Douglas' wife Zeta-Jones has voiced her support for her husband and explained why he addressed the accusations before they were actually published.

Speaking on US talkshow The View, the 48-year-old actress said: "He had to come out preemptively because of what he believes in.

"Michael came out with that pre-emptive statement. He was articulate, said it from the heart, was honest, open and transparent.

"He now has to take the next step for where he goes from here.

"It happened 30 years ago, it was BC: before Catherine", she added to laughs from the audience.

The Oscar-winning actress, who has a son and daughter with Douglas, added that she is a firm supporter of the Time's Up and #MeToo movement, which aim to fight sexual harassment and misconduct in the entertainment industry and beyond.

"Look I support this movement, Time's Up, MeToo, 110%, always have from the moment it opened up to the public.

"I have a daughter. What we battle through now, I hope this is something that she doesn't even think about when she gets into the work place. Hopefully, let's not hold our breaths, but hopefully." 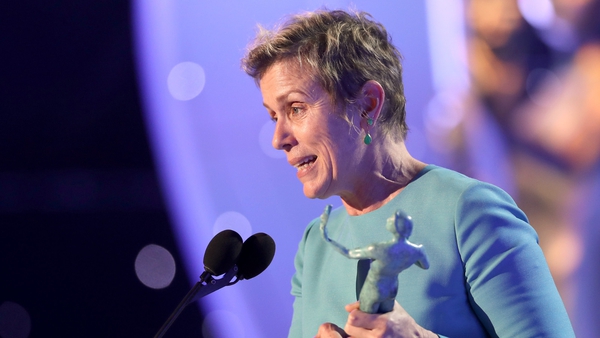