Actor and singer Shane Richie has said he turned down the chance to reprise his role as Alfie Moon in EastEnders and reunite with co-star Jessie Wallace on the BBC soap.

Fans will see Wallace back as Kat Moon in Albert Square later this year, but Richie told The Sun that he will not be joining her.

"I'm in a fortunate position where I can pick and choose what I want to do and EastEnders at the moment I said no to it," he explained.

"I just need to take a break from television and a little break away from showbiz."

Richie was last seen as Alfie in EastEnders' Irish spin-off Redwater, when the character was fighting for his life on the operating table.

But a "show insider" told the tabloid: "Alfie's still a much-loved character on the Square and bosses will always keep the door open.

"Producers know that the filming schedules can be exhausting and they'll always be willing to wait until he's ready."

Click here for more on this week's must-see soap moments. 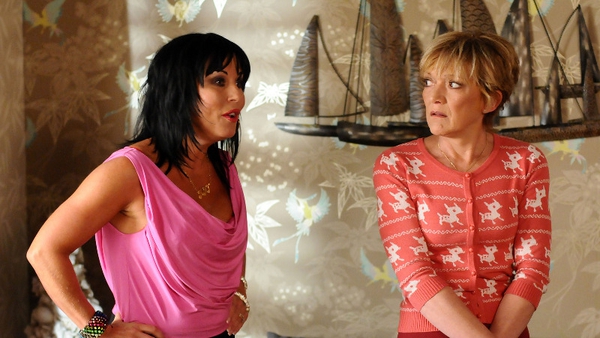 EastEnders sets fans up for seismic 2018