The US awards’ season kicks off late this Sunday night with the Golden Globes, when the Hollywood Foreign Press Association honour the best of the Film and Television worlds.

Here, John Byrne takes a look through his TV crystal ball and makes some calls on the likely winners. You can read Harry Guerin’s Movie guide from tomorrow (Friday).

Nominations: Game of Thrones; The Handmaid's Tale; Stranger Things; This Is Us; The Crown

Oddly enough, Game of Thrones has never won this category – while The Crown is the only previous winner. That should pretty much rule them both out this time around (or at least make things easier to predict).

Of the rest, Stranger Things will probably battle it out with likely winner The Handmaid’s Tale. But I’d argue that what we really need now is the life-affirming empathy that oozes from This is Us rather than the dystopian nightmare of Gilead.

Nominations: Black-ish; The Marvelous Mrs Maisel; Master of None; SMILF; Will & Grace

A far from vintage year for American comedy and musical shows, and the fact that neither Veep nor Julia Louis-Dreyfus made the cut in their relevant category is simply staggering.

The likely winner this year is period comedy-drama The Marvelous Mrs Maisel, starring Rachel Brosnahan as the eponymous New York housewife who follows an unlikely path as a female comedian in the late 1950s.

Best Television Limited Series or Motion Picture Made for Television

There’s a touch of ‘poh-tay-toe, poh-tah-toe’ about this category as Feud: Bette And Joan and Big Little Lies are the true standouts here and both are loaded with Tinseltown royalty.

The former is a lush period drama with Jessica Lange and Susan Sarandon outstanding as Joan Crawford and Bette Davis, while the latter is an excellent ensemble murder mystery that managed to be both dark and soapy.

This is the most competitive category of them all, but Nicole Kidman may well follow on from her Emmy win for Big Little Lies with another one here.

Certainly, both Jessica Lange and Susan Sarandon were outstanding as battling actresses Joan Crawford and Better Davis, with Lange - who’s had an extraordinary run in recent years - just edging it on points.

The girls clearly out-performed the boys in this end of things, as there’s no comparison between the performances of the two sets of nominees.

Jude Law was impressively OTT in an otherwise daft tale of a profane Pontif, but returning to play Dale Cooper in the revived and still adored Twin Peaks may just give Kyle MacLachlan the edge.

Best Performance by an Actress in a Television Series - Drama

Another strong line-up of ladies - including Ireland’s Caitriona Balfe - but really this is a straight battle between Maggie Gyllenhaal and Elisabeth Moss. I can’t see the gong going anywhere else.

But while Gyllenhaal put in a typically fearless and pretty flawless performance over the course of The Deuce’s run, Moss was simply majestic and unmatched as Offred in The Handmaid’s Tale.

Best Performance by an Actor In A Television Series – Drama

That last season of Ray Donovan was pretty nuts and perilously close to apocalyptic for its lead character, with Liev Schreiber and his lively eyebrows working overtime as calamity almost consumed poor oul' Ray.

Freddie Highmore did an impression of Freddie Highmore in Bates Motel – which should rule him out – but ultimately it’s just impossible to see beyond Sterling K Brown’s performances in the Kapra-esque This Is Us.

I’m hopelessly biased in favour of Alison Brie, and even non-Community fans have to acknowledge that she’s been brilliant as GLOW lead, female wrestler Ruth Wilder. But. But. But.

I haven’t yet had the chance to see The Marvelous Mrs Maisel – I don’t even have an Amazon Prime account - but the rave notices for Rachel Brosnahan as housewife-turning-comedian Miriam Maisel are piled high.

Like a lot of people, I find Aziz Ansari irresistible in the refreshing and smart Master of None. He’s not a bit like Tom in Parks and Recreation, is he?

But Eric McCormack is back in Will & Grace, and despite six Golden Globe nominations when the show was originally run, he never won. I’d put your house on him making up for that this time around. This is Hollywood, after all.

Best Performance by an Actress in a Supporting Role in a Series, Limited Series or Motion Picture Made

Another tough one here as the field is as good as it gets. Personally I’d give to Ann Dowd, who won an Emmy last autumn for her role in The Handmaid’s Tale and was also brilliant in The Leftovers.

Chrissy Metz also shone brightly in the wonderful This Is Us as the vulnerable Kate, but Laura Dern’s higher profile and mixed background of movies and TV may swing things here in her favour.

Best Performance by an Actor in a Supporting Role in a Series, Limited Series or Motion Picture Made for Television

There’s nothing anyone likes more than a nasty British villain, and David Thewlis was both hammy and spooky as the devious and dentally-challenged VM Varga. The ham might rule him out.

Alexander Skarsgård would probably run away with it in another year, but a win for his wife-beating character would be surprising in the wake of Weinsten and all of that, so Albert Molina’s hugely enjoyable turn as movie director Robert Aldrich gets the nod.

Want more Golden Globes? Click here to take a look back at some of the most memorable style moments on the red carpet over the last 75 years.

And click here for the latest movie news and reviews 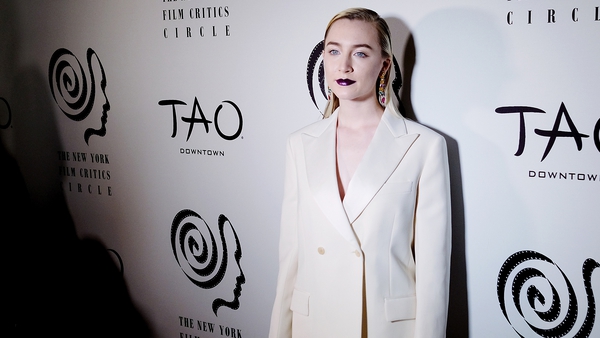