The Lord of the Rings director Peter Jackson has alleged that Harvey Weinstein told him Mira Sorvino and Ashley Judd were both "nightmares to work with and we should avoid them at all costs". Sorvino and Judd have both accused Weinstein of sexual misconduct.

Jackson had been in early negotiations with Weinstein's company, Miramax, to produce the Lord of the Rings films when Weinstein allegedly told him to steer clear of both actresses.

Speaking to New Zealand website Stuff, Jackson said he had "no direct experience or knowledge of the sexual allegations" against Weinstein but had made a decision to never work with him again.

"I recall Miramax telling us they [Sorvino and Judd] were a nightmare to work with and we should avoid them at all costs. This was probably in 1998," he said.

"At the time, we had no reason to question what these guys were telling us - but in hindsight, I realise that this was very likely the Miramax smear campaign in full swing.

"I now suspect we were fed false information about both of these talented women - and as a direct result their names were removed from our casting list," he added.

He also accused Weinstein and his brother, Bob, of behaving like "second-rate Mafia bullies". In a statement, Harvey Weinstein later denied Jackson's allegations.

Sorvino, who was one of the first actresses to go public with allegations against Weinstein, revealed she "burst out crying" when she heard what Jackson had alleged about a smear campaign against her.

Just seeing this after I awoke, I burst out crying. There it is, confirmation that Harvey Weinstein derailed my career, something I suspected but was unsure. Thank you Peter Jackson for being honest. I’m just heartsick https://t.co/ljK9NqICbm

She wrote on Twitter: "Just seeing this after I awoke, I burst out crying.

"There it is, confirmation that Harvey Weinstein derailed my career, something I suspected but was unsure. Thank you Peter Jackson for being honest. I'm just heartsick."

Judd also responded to Jackson's comments, writing on Twitter: "I remember this well."

I remember this well. https://t.co/wctEhESAS9

Dozens of other actresses, including Rose McGowan, Asia Argento, Angelina Jolie, Gwyneth Paltrow and Cara Delevingne have made allegations of harassment and assault against Weinstein.

Weinstein has denied ever engaging in "non-consensual sexual conduct". 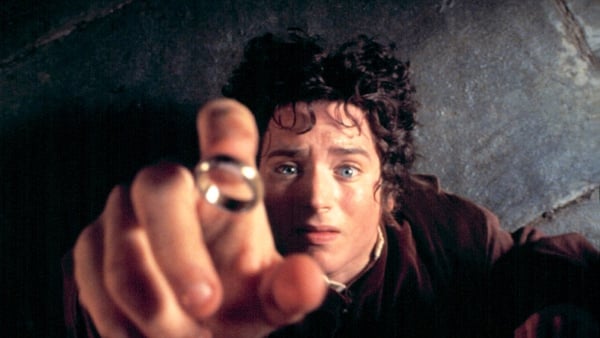 One TV series to rule them all... Lord of the Rings is Amazon-bound

The Lord of the Rings