Great news for Toy Show fans! The Late Late Toy Show is putting two tickets for this year's event up for grabs with a competition aiming to find the country’s most talented audience members.

All you need to do to be in with a chance of getting your hands on two golden tickets to this year’s Late Late Toy Show, airing on RTÉ One on Friday, December 1, is make a video of yourself performing your best party piece

The cast list is full and rehearsals are underway but there are two seats in the audience available for the nation’s talented adults. Do you have moves like Jagger, the voice of an angel or a party piece that people just can’t get enough of?

If it’s deemed good enough, that talent of yours could bag you two tickets to the biggest night on Irish television.

Earlier this year The Late Late Toy Show traveled the country in search of the best of Ireland’s young performers to take part in this year’s extravaganza.

Late Late Toy Show host Ryan Tubridy said: "We’ve seen the kids, they’re great but we haven’t seen you. You old people in your 20s, 30s, 40s and 900s, we need you to send us footage of you with your Toy Show Talent.

"Anything you do: blow a trumpet, bang a drum, tell a joke, as long as it is halfway decent, #ToyShowTalent is all you have to do. Send them to us on Facebook, Twitter and Instagram and you could find yourself in that audience. Get busy, get goofy and good luck!"

The usual terms and conditions apply and audience members must be 18 or over to attend on the night. 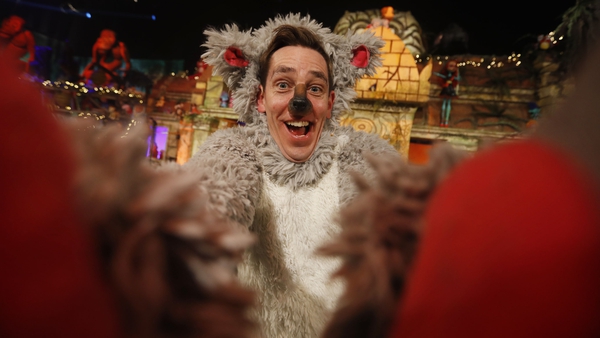