Ben Affleck is already looking at how he can exit the DC Extended Universe, and his role as Batman, in a "graceful and cool" way.

Affleck made his first appearance as Bruce Wayne/Batman in 2016's Batman v Superman: Dawn of Justice, before making a brief appearance in Suicide Squad the same year.

He will reprise the role in the upcoming Justice League, with a standalone Batman film and a Justice League sequel also planned, but he is already looking at how he can "segue out" of playing the iconic character.

"You don't do it forever, so I want to find a graceful and cool way to segue out of it."

Affleck's comments have led to speculation that he may opt out of starring in the standalone Batman movie.

Affleck was initially in line to direct The Batman, before deciding to step down in order to focus on his performance.

"There are certain characters who hold a special place in the hearts of millions," Affleck said in a statement in January.

"Performing this role demands focus, passion and the very best performance I can give. It has become clear that I cannot do both jobs to the level they require.

"Together with the studio, I have decided to find a partner in a director who will collaborate with me on this massive film. I am still in this, and we are making it, but we are currently looking for a director.

"I remain extremely committed to this project, and look forward to bringing this to life for fans around the world." 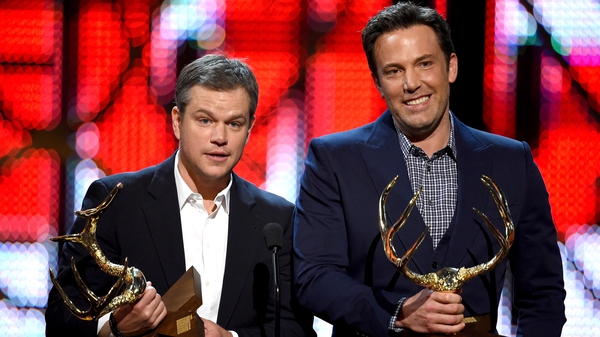 Damon would team up with Affleck for superhero movie