Talk about breaking the Internet. Taylor Swift has sent her fans in to a spin with the release of her latest album, Reputation.

Swift's mammoth army of fans, known as Swifties, took over social media this morning after the singer-songwriter dropped her highly-anticipated sixth studio album.

Excitement levels for Swift's latest offering had reached boiling point following the release of four top-notch tracks, the moody Ready For It?, the edgy, biting Look What You Made Me Do, the bubbly, turbo-romantic Gorgeous and the incandescent Call It What You Want.

So when the award-winning musician took to Instagram early this morning (October 10) to post a photo of herself in sparkly attire with the caption "#reputation is out. Let the games begin", Swifities were quick to dissect the meaning of every single lyric.

Swift is well known for writing songs about her previous romances and has previously penned tracks about John Mayer, Joe Jonas, Harry Styles and Jake Gyllenhaal.

On the track Getaway Car, she sings: "The ties were black / the lies were white," which fans seem to think references the black tie Met Gala, where Swift was filmed dancing with Hiddleston.

Their highly publicised romance came hot on the heels of her split from DJ Calvin Harris and there's another line in the song Swifities reckon refers to the love triangle: "With three of us, honey, it's a sideshow".

One fan wrote on Twitter: "So is #getawaycar telling Tom he shouldn't have been surprised she left him... She was just trying to get away from Calvin?"

So is #getawaycar telling Tom he shouldn’t have been surprised she left him....She was just trying to get away from Calvin? #Reputation

Another wrote: "So #GetawayCar is definitely about Tom Hiddleston, right?"

So #GetawayCar is definitely about Tom Hiddleston, right? #Reputation pic.twitter.com/bs5sSGmdPS

Other listeners speculated Dancing With Our Hands Tied is about Harris, citing her reference to a locket the DJ gave her when they were dating. She also mentions she was 25 at the start of their relationship.

They also cited I Did Something Bad as a track about her famous ex, which includes the lyrics: "If he drops my name, then I owe him nothing."

She also sings: "If a man talks s***, then I owe him nothing" and "If he spends my change, then he had it coming."

One Twitter user wrote: "Umm CALVIN she's talking about you. FYI," as another said: "Calvin don't listen to I did something bad".

" if a man talks shit then I owe him nothing. I don’t regret it one bit cause he had it comin " umm CALVIN she’s talking about you. FYI. #reputation

Calvin don’t listen to I did something bad #Reputation

Swift has opted to keep Reputation off all streaming services like Spotify for at least week. This means fans will have to download the album in full or go into an actual record store and buy and a physical copy.

This is not the first time Swift has held back from putting her music on streaming services. In 2014 she pulled her entire catalogue from Spotify, claiming the streaming service devalued music.

The year is 2028. As Taylor Swift finishes up her 2nd term as President of the United States all crime has been eradicated, the Middle East is peaceful, we have successfully combated nuclear proliferation, everyone correctly uses the oxford comma. #Repuation #TaylorSwift

Taylor’s ability to turn her feelings and experiences into a song never fails to amaze me. That’s what I call a hell of a good songwriter. She transmits so much. #reputation #newyearsday

#reputation is 1989’s cool, sexier older sister that likes to get blackout drunk on weekends, but still gets straight A’s in all of her classes

In 2015 she wrote an open letter explaining her decision to withhold her last album, 1989, from Apple Music. Again, she cited the low rates of pay offered to artists on streaming services.

Swift kept her music off all such platforms until June this year when she ended her dispute with Spotify and Apple Music.

Taylor Swift's cackle in 'This Is Why We Can't Have Nice Things' is the mood of all moods.

It deserves every Grammy.
It's my new ringtone.
It's my pinned tweet.
It's my bio.
It's everything. #reputation

Taylor’s cackle in This Is Why We Can’t Have Nice Things added 5 years to my life, cleared my skin, turner my GPA into a 4.0, and straight up parted the clouds outside my window and showed me the gates of heaven. #reputation

Swift has teamed up once-again with her friend Ed Sheeran and rapper Future for a track on the album called End Game.

Red and #reputation are Taylor’s most passionate albums. Red was intense in its heartbreak and pain, reputation is intense in her joy and being in love. Which makes them her top two albums in my opinion

Basically #Reputation already won every award ever and everyone else can just quit trying now.
So that’s that on that.

New Year’s Day left me speechless. Thank you Taylor for your songs. Thank you for pouring your heart in your work. #reputation @taylorswift13

DELICATE, GETAWAY CAR and KING OF MY HEART are easily my favourites but you can't really compare #reputation to 1989 or red, it's just something else. not worse, not better, JUST NEW and it's so exciting

#reputation is sonically cohesive than 1989 and lyrically better and sharper than Speak Now. ???? #Opinion #FightMe

God I want to be in a club that’s playing #reputation exclusively. Nothing else. Just Reputation. @taylorswift13 what have you done to me ????????

Check back later today for our review of Reputation. 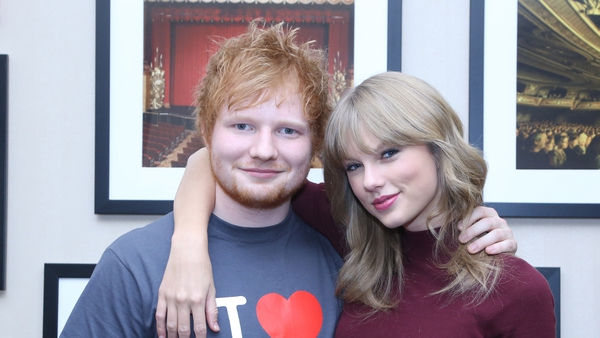