Ed Sheeran has released the music video for his new single Perfect and it's about as cheesily-romantic as they come.

The hitmaker says he wrote the song about his longterm love Cherry Seaborn, who he first met when they were in secondary school in Suffolk, and its clear he's poured his love for her into the lyrics as well as the accompanying video, which follows the narrative of Sheeran falling in love with a girl he grew up with.

Directed by his Shape of You collaborator Justin Koenig, Perfect sees Sheeran don his wintriest clothing and heading to a picturesque, snow-filled skiing town to meet up with the object of his affections, played by American actress Zoey Deutch.

Sheeran stares at a crumpled photo of himself and Zoey while on the train with a pensive look on his face. His mood picks up considerably when he catches sight of her through the window of a skiing cafe.

She playfully ruffles his hair and he grins back at her. They share a sweet, slightly awkward moment before the rest of their friends pile in and we realise that they're not alone on this trip.

However, it's clear to see that romance is afoot as it's not long till they're larking about on the slopes, cuddling on a cable car and getting their tongues stuck on an icy pole (no really).

The craic continues into the night when they knock back shots and pints of beer in a cosy ski lodge bar. Zoey tries to convince Ed to join her for a spot of karaoke, but he politely declines, evidently afraid of showing up all of his friends. Instead, Ed mimes that he wants some pizza and they head out to get some food, throwing a few obligatory snowballs on the way.

And then, naturally, they make snow angels.

The couple grow ever closer and head back to the ski lodge where Sheeran drops the bombshell that he's written a song for her.

She grabs the acoustic guitar and settles in for a private rendition of this song, growing increasingly teary-eyed as Sheeran details their love.

Sheeran then points out the crumpled old photo of them which he's been carrying around. Luckily she is touched by the gesture.

They throw caution to the wind and head outside as the snow falls down for a dance and a quick smooch.

The loved-up couple's luck gets even better when they happen upon a tiny kitten which they dote over back in the lodge.

The video ends with them in bed together the next morning, as Zoey awakens in Ed's arms and a smile darts across her face. Awww.

Perfect is the fourth single to be released from Sheeran's mega hit third album ÷ (Divide). 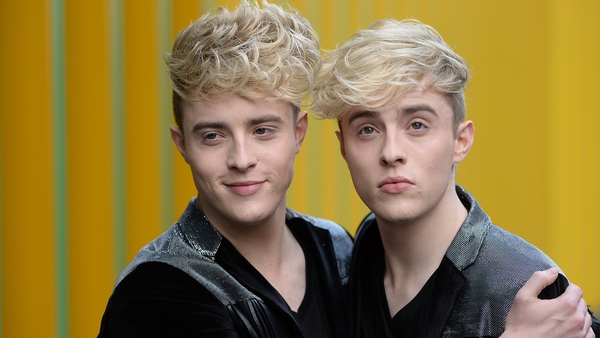 This is JEPIC! Jedward film video...at the High Court Jedward