If you needed further proof that Jedward's passion for performing knows no bounds, here it is.

The irrepressible John and Edward Grimes  were in court last week when a Limerick businessman brought a case against them over an alleged merchandising agreement.

The case was later settled, but the dynamic duo didn't let any pesky legal proceedings ruin their fun. While they were at the High Court for the case, they didn't waste a minute of their time and whipped out their camera phones to create some top-notch content.

They mimed along to lyrics like "Another day, another drama" while dancing to the tunes wearing matching burgundy velvet blazers, black V-neck tees and black trousers.

When the Dublin twins arrived at the court a number of fans had gathered, and they greeted them over a microphone saying: "Jedward has entered the building".

Jedward are currently in a High Court battle over merchandising rights - and their barrister looks 100% psyched to be representing them pic.twitter.com/5iX8na7zny

We could all do with being at least 10% more Jedward. 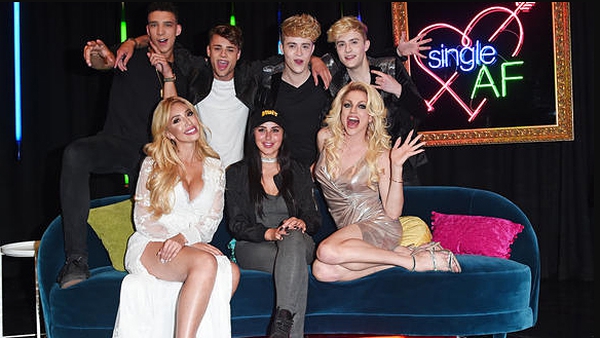 Lipstick on his collar. Jedward star is loved up