Ruth Negga has been named Harper's Bazaar Woman of the Year at the British fashion magazine's 2017 awards.

Honouring the Oscar nominee, Harper's Bazaar said: "Following the performance of a lifetime in Loving, the Ethiopian-Irish actress has been catapulted from Limerick to the limelight, earning an Oscar nomination and a special mention from Meryl Streep."

At the ceremony at Claridge's Hotel in London on Thursday night, Negga received her award from acting legend Glenda Jackson. Negga was joined at the awards by her partner and Preacher co-star Dominic Cooper.

Negga was one of five actors receiving Harper's Bazaar awards with The Great Gatsby star Carey Mulligan honoured in the Philanthropy category and Kate Winslet winning the British Actress award.

British Actress of the Year is Kate Winslet. Stephen Daldry presents her with the award #BazaarAwards pic.twitter.com/96zPJ46YIE

The Night Porter star Charlotte Rampling received the British Icon award, with Jodie Foster the recipient of the Inspiration award.

Thank you @BazaarUK for the British brand award. So proud. And thank you Surrane for presenting it to me. I met #drfoster! xVB #bazaarawards pic.twitter.com/rCkEnwyRA5 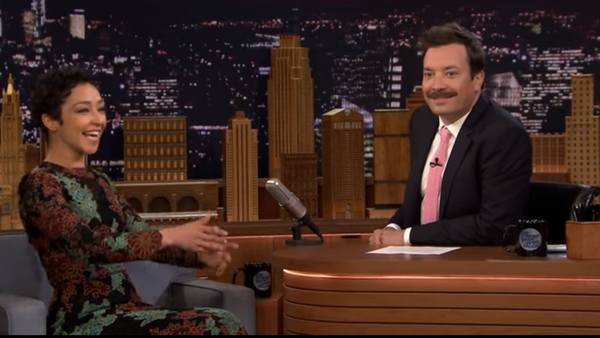