The tracklist for U2's forthcoming album Songs of Experience has reportedly been leaked online.

The Irish rockers are gearing up to release their 14th album this December, and now a U2 fansite @U2 is claiming to have discovered the record's full tracklisting after seeing pictures of the deluxe vinyl edition of the album.

It is assumed that the song list and running order will be the same on other versions of the record, with the exception of the three bonus songs which may only be included on the deluxe version.

Take a look at the tracklisting below:

Side 2:
1) Summer Of Love
2) Red Flag Day
3) The Showman (Little More Better)
4) The Little Things That Give You Away

Songs of Experience is U2's follow-up and companion album to 2014's Songs of Innocence, which charted Bono, The Edge, Adam Clayton and Larry Mullen's Jnr's formative years in the Dublin of the 1970s and early 1980s.

The upcoming release has been billed as "a collection of songs in the form of intimate letters to places and people close to the singer's heart; family, friends, fans, himself".

The band released the video for the album's lead single You're The Best Thing About Me in September.

U2 continued their time-honoured tradition of premiering new music on RTÉ 2fm by unveiling the single on The Nicky Byrne Show with Jenny Greene, where it was introduced by longtime U2 confidant Dave Fanning.

Songs of Experience is out on December 1. 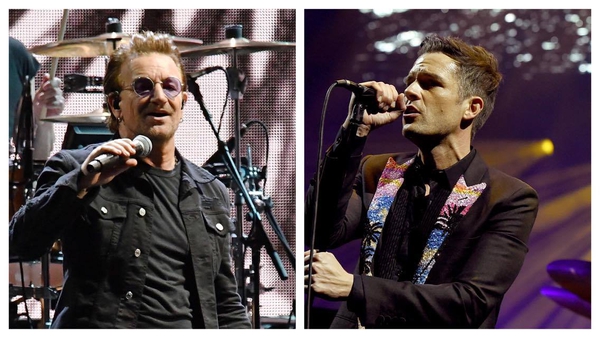 The Killers credit Bono with getting their mojo back