U2 have continued their time-honoured tradition of premiering new music on RTÉ 2fm, unveiling new single You're the Best Thing About Me on Wednesday.

The track, the first single from upcoming album Songs of Experience, received its first play on the Nicky Byrne Show with Jenny Greene, where it was introduced by longtime U2 confidant Dave Fanning.

"This is obviously about what is the best 'thing' about Bono no question about it, which is his wife [Ali Hewson]," said Fanning.

Powered by a Rolling Stones-like riff, the upbeat song finds Bono describing himself as "the kind of trouble you enjoy" while warning that "the best things are easy to destroy".

The track picks and mixes from U2's sound through the years and ends with Bono asking, "You're the best thing about me... Why am I... Why am I walking away?"

You're the Best Thing About Me's premiere follows the release last week of the live performance video for The Blackout, a dark, throbbing politically-charged track, which harks back to U2's crusading days of the mid-1980s.

The band are currently on tour in the US and will wrap up their Joshua Tree 30th Anniversary shows next month. New album Songs of Experience is widely expected to be released in December.

The record is the follow-up to 2014's Songs of Innocence, which charted Bono, The Edge, Adam Clayton and Larry Mullen's Jnr's formative years in the Dublin of the 1970s and early 1980s.

Songs of Experience has been billed as "a collection of songs in the form of intimate letters to places and people close to the singer's heart; family, friends, fans, himself". 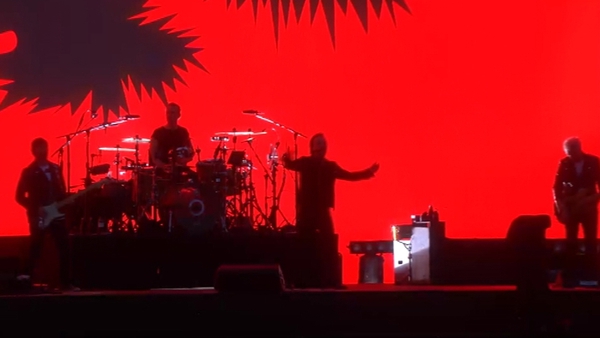 U2 at Croker: Where The Streets Have No Name