The BBC has confirmed that judge Bruno Tonioli will not appear on Strictly Come Dancing this weekend due to other work commitments.

This is the first time that  Tonioli, who has been a judge on the series since it began in 2004, will miss filming the show.

A Strictly spokesperson said: "As was always the plan, Bruno Tonioli is not on the judging panel this weekend due to a very busy work schedule.

"He will be back as normal for our Halloween special and the rest of the series."

He will not be replaced on the judging panel during his absence.

NEWS: @BrunoTonioli won't be on the #Strictly judging panel this week, due to a busy work schedule. Hurry back for Halloween Bruno! pic.twitter.com/snzcDROyX9

Popstar Alexandra Burke topped the leader board last weekend with an almost perfect score for her jive. This week she will be hoping for a clean sweep of tens from the judges when she and her partner Gorka Marquez perform a samba to Shape Of You by Ed Sheeran.

Other dances this weekend include a waltz from Aston Merrygold to Elvis Presley's Can't Help Falling In Love, a charleston from Simon Rimmer to Gene Kelly's Fit As A Fiddle (And Ready For Love) and a rumba from Debbie McGee to Baby Can I Hold You by Tracy Chapman.

Good Morning Britain presenter Charlotte Hawkins was the latest celebrity to be eliminated from the show.

Strictly Come Dancing is on BBC One, Saturday at 6.35pm and Sunday at 7.15pm 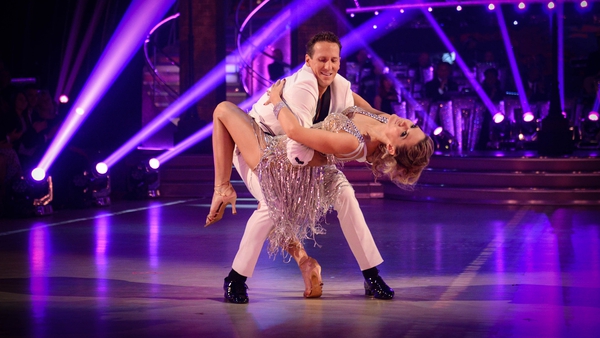 You dancing? You asking? Brendan Cole open to Strictly return