Brie Larson hopes to ''pave the road'' in Hollywood so that it is less challenging for women to join the film industry in the future.

The 28-year-old Room actress says she is eager to work hard as she wants to lead by example for upcoming actresses.

''I think women are really coming into their own, we're louder than ever now, and so I want to be very clear that it wasn't an easy path for me, it was incredibly hard," she told Porter magazine.

"And it's still not easy, but I'm used to it being hard and my hope is that I can pave the road a little smoother for the women to come after me.''

The Academy Award winning star recently made her directorial debut with movie Unicorn Store, and is also preparing to take on the part of Carol Danvers/Captain Marvel in Marvel Comics' upcoming live-action film.

Talking about playing a superhero and becoming the first female character to lead her own solo film in the Marvel Cinematic Universe, she said: "I spent months thinking about whether or not I was going to do the film and I realised that it was a chance to tell a story on the largest stage possible.

"I know it's going to make me lose some of the things that I love most about my life, but I think it's worth it," she added.

Larson recently revealed she wants to see more women in the director's chair. "I love that we're seeing stronger women on the screen - but I don't think that's the end of this conversation.

"Because I think that we're more than just being strong or just being mothering. I think there's a whole lot that goes on in between for us to explore.

"I think the best place to start would be more female film directors - more female filmmakers of every different type of race - and we need to get out of these binary ways of thinking.

We need more intersectionality. We need more unique voices because what directing is, is saying, 'This is how I view the world', and I think the way we can connect and learn more is seeing the world through other people's eyes." 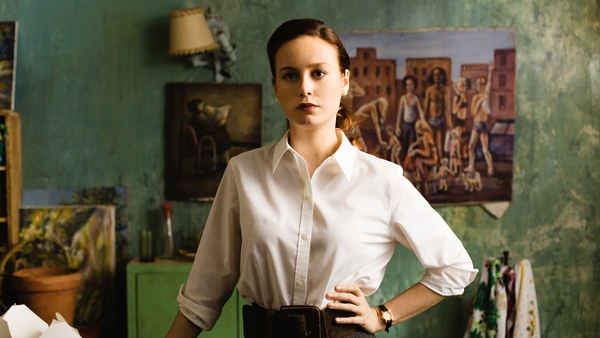