Actress Pauline McLlynn says her recent work on Transformers 5 is most likely destined for the cutting room floor but she did get to meet Anthony Hopkins and even share a cheeky kiss - or two - with the veteran actor.

Speaking on The Ray D'Arcy Show on RTÉ One on Saturday night, the Father Ted star said: "Apparently I didn't make it into the movie, that's grand because I believe it's not the greatest movie ever, but it was marvellous because I got to do a whole day's work with Anthony Hopkins - Tony - and I played `shapely librarian'. in other words slightly overweight for Hollywood.

"Every time Tony went by me he said `I wonder should I kiss her every time I walk past?' I said fine by me! And Michael Bay's who's the crazy director, who invented Transformers and directed the movies, says `has everybody noticed that he kisses her every time even in rehearsals?'

"And I said, `Eh! He's made an old lady very happy. Don't rock the boat, Michael Bay!' Tony also quoted Yeats into my eyes. It was fabulous!"

McLynn appeared on the Ray D'Arcy Show alongside Moone Boy actor David Rawle, who is her co-star in new RTÉ2 comedy Drop Dead Weird. She is also presenting the new series of Painting The Nation, which continues on RTÉ One on Sunday night. 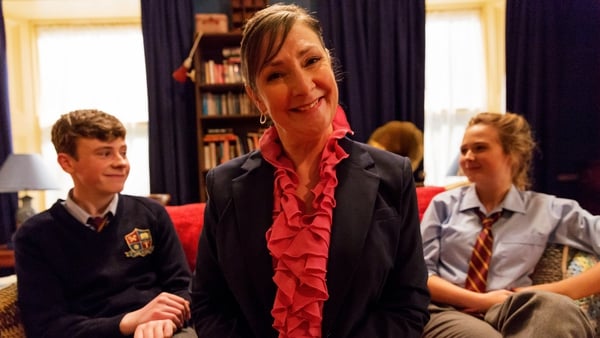