Reality TV star Kim Kardashian has confirmed that she and rapper husband Kanye West are expecting a third child via surrogate.

Kardashian confirms their baby news in the trailer for the new series of Keeping up with the Kardashians.

Ahead of the show's return to US screens on Sunday, the trailer sees Kardashian FaceTiming with younger sister Khloé.

She asks: "What happens every time I say, 'Guess what?'"

Kim Kardashian then exclaims: "We're having a baby!"

Season 14 is gonna be wild. Tune in this Sunday!!! #KUWTK pic.twitter.com/rnpIdGiNyK

The trailer makes no reference to Khloé Kardashian's reported pregnancy or that of the Kardashians' half-sister, Kylie Jenner.

It was first reported earlier this month that Kim Kardashian and Kanye West would soon welcome their third child, with a source telling celebrity magazine People that "the entire family is over the moon".

The stars are already parents to four-year-old daughter North and 21-month-old son Saint.

The couple were reported to have hired a surrogate because of Kardashian's medical condition - placenta accreta - that caused medical complications during her second pregnancy.

"Given her health scares in the past, Kim felt the need to hire a surrogacy agency that helped serve as the liaison in finding a healthy woman who would be a great surrogate option for her and Kanye," said the source. "Both of them have been super-involved in the process." 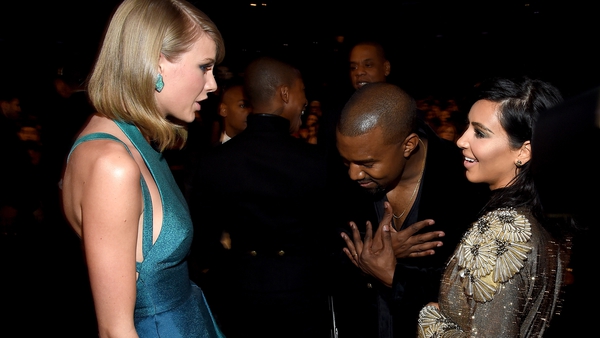