The Strictly Come Dancing couples have been given their songs and dances for this weekend's show on BBC One.

After some sensational performances in last Saturday's first live show, the 15 couples will again be hoping to impress the judges as the first elimination of the new series looms.

🎶  Get ready to Charleston! Find out our #Strictly songs and dances for week two! https://t.co/HbqbOI6euh 🎶 pic.twitter.com/SockfeN89C

Top-of-the-leaderboard JLS star Aston Merrygold and his professional partner Janette Manrara will be dancing the Salsa to the Luis Fonsi and Justin Bieber floor-filler Despacito.

Holby City star Joe McFadden and partner Katya Jones will do the Tango to Ed Sheeran's Castle on the Hill, while The Saturdays' Mollie King and AJ Pritchard will also dance the Tango - this time to the Robert Palmer hit Addicted to Love.

Paralympian Jonnie Peacock and Oti Mabuse will dance the Jive to Chuck Berry's Johnny B Goode, with X Factor winner Alexandra Burke and Gorka Marquez dancing the Paso Doble to a Spanish version of Jennifer Lopez's On the Floor.

There will also be two Waltzes on Saturday's show on BBC One: Emmerdale star Gemma Atkinson and Aljaz Skorjanec will take to the floor to an Italian rendition of Josh Groban's A Time for Us, while chef Simon Rimmer and Karen Clifton will hope to improve on their week one score dancing to Rodgers and Hammerstein's You'll Never Walk Alone.

For Rev Richard Coles and partner Dianne Buswell, it's the American Smooth to Billy Ocean's Love Really Hurts Without You, while Good Morning Britain presenter Charlotte Hawkins and Brendan Cole will dance the Cha Cha Cha to Maroon 5's Sugar.

Bottom-of-the-leaderboard comedian Brian Conley and Amy Dowden will dance the Cha Cha Cha to Peaches & Herb's Shake Your Groove Thing, with presenter Ruth Langsford and Anton Du Beke also seeking to improve on 16 points with their Charleston to Bob Wilson and his Varsity Rhythm Boys' The Charleston.

Comedian Susan Calman and Kevin Clifton will also be dancing the Charleston, taking to the floor to Enoch Light and the Charleston City All-Stars' If You Knew Susie.

EastEnders star Davood Ghadami and Nadiya Bychkova will dance the Quickstep to The Strokes' Last Nite, with Holby City's other representative, Chizzy Akudolu, and Pasha Kovalev doing the Foxtrot to Smokey Joe's Cafe's I'm a Woman. 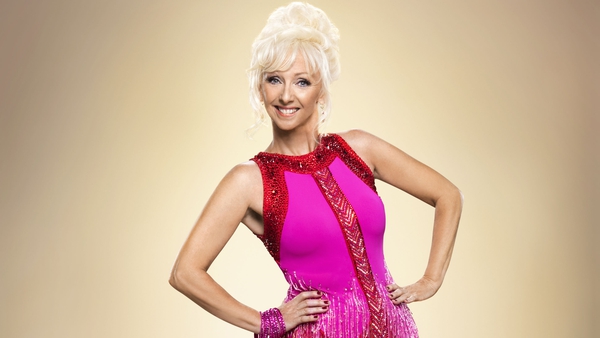