Alexandra Burke brought an emotional start to this year's Strictly Come Dancing competition as she took to the stage just days after the death of her mother.

The singer burst into tears after her passionate performance of a waltz to Aretha Franklin's (You Make Me Feel Like) A Natural Woman with partner Gorka Marquez.

She scored a five, two sixes and a seven for the impressive performance, earning her enviable praise from new head judge Shirley Ballas, who labelled her a "front-runner" in the contest.

Her act came just days after she shared the news of her mother Melissa Bell's death on the day the Strictly stars filmed the show's launch programme.

29-year-old Burke has since told how she will be taking part in the show in memory of her mother, whom she fondly remembered as her "biggest critic".

Saturday night's episode of the BBC One show saw this year's fresh 15 couples perform for the very first time.

He joined partner Amy Dowden as the pair became the second to take to the stage, but while their steamy tango to Heaven 17 hit Temptation was praised by the panel for its drama, his technique after two weeks of training failed to impress and was branded "poor" by judge Craig Revel Horwood.

"Think #Brian will be this years #Ed #strictly," one Twitter user commented.

While Conley dazzled in his dapper hat and sparkling red shoes, he earned scores of three, two fours and a five. New head judge Shirley Ballas, who handed him one of the fours, assured him that she saw "plenty of room for growth".

There was no elimination this week, with the judges' scores carrying over to next weekend.

Strictly Come Dancing airs on Saturday at 6.45pm on BBC One. 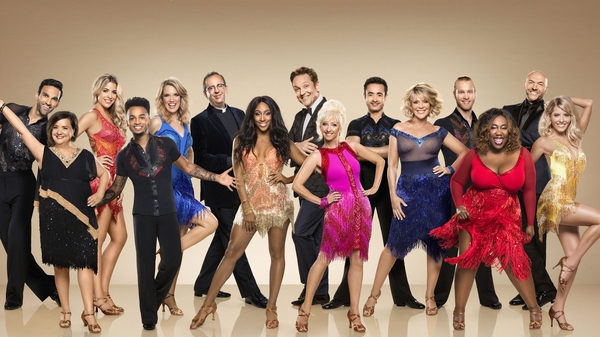